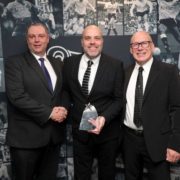 The award, sponsored by EXEVE, marks the club’s employee of the year and comes just weeks after the Derby County Community Trust were named Checkatrade ‘Community Club of the Year’ at the EFL Awards.

With 24 years of experience under his belt, Simon Carnall claimed the prize following the incredible work he has completed as Head of Community at the Derby County Community Trust.

Having started working in 1994 with “three members of staff, three bags of balls and three stacks of cones” as he puts it himself. Simon has overseen the growth of Derby County’s work in the community to now having 59 staff members, running 35 different programme and turning over £2.5million as one of the region’s biggest and most influential charities.

2017 alone saw the Derby County Community Trust work with over 17000 people on a regular basis and 2018 sees the Trust celebrate ten years as a charity using the power of Derby County Football Club to improve lives through sport, physical activity and education.

Following the announcement, and in his typical style, Simon was quick to credit everyone at the Derby County Community Trust for their involvement. He wrote:

“You can’t win an award like this without the most stunning set of staff. This is a great achievement for everyone at the Derby County Community Trust and I’m proud of you all.”

Community Manager Paul Newman was full of praise for Simon:

“Tonight, I had the pleasure of attending the DCFC end of season awards and seeing our Head of Community, and my friend, Simon Carnall, named The Brian Clough Employee of the Year. Whilst unashamedly biased, I firmly believe that no one deserves it more than Si. He’s built the Community Trust up from 3 staff to 59, from a £75k turnover to a £2.5 million turnover but far, far more important has led the Trust with dignity, expertise and drive and has had a positive effective on literally thousands of local people.” 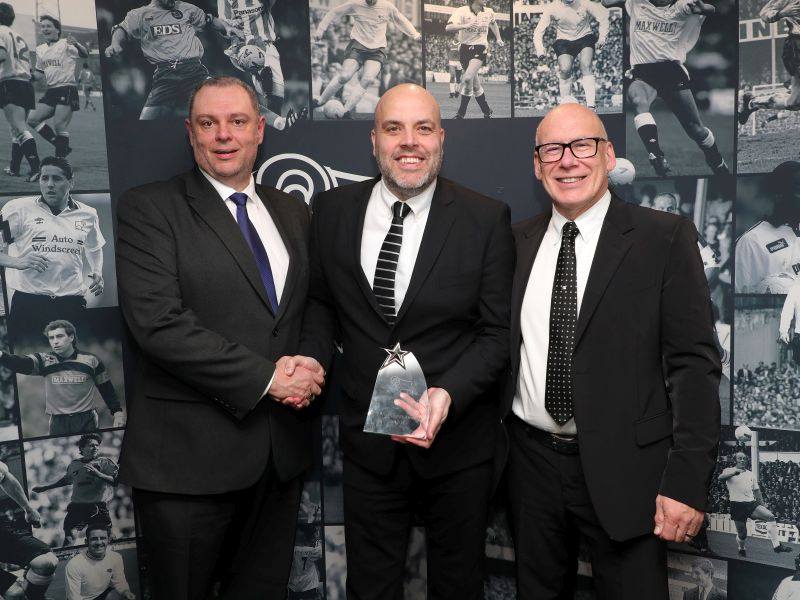