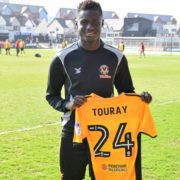 Ask anyone close to Momodou to describe what makes him stand out from the rest, they would reply ‘it’s his ambitious and never say die attitude.’

Born in Gambia and raised in Wales, Momodou was attracted to football through the influence of his Father who played at a good standard.

He said: “I used to watch my Dad play at a decent level and I wanted to get into football because I thought if I followed in his footsteps hopefully I’d have a chance to go further than he did.”

At the age of 16, he joined the EFL Trust Futsal programme after being recommended by a friend and watching videos of Rico Zulkarnain, the first Welsh professional futsal player.

“I found him really inspiring so decided to sign up to the County in the Community Futsal and Education programme.”

The youngster believes his time on the Futsal programme was invaluable on his way to signing a professional contract with Newport County AFC.

“Futsal is a fantastic game, and even though some people may look at it differently to football because it’s indoors, you learn so much.

“It really helped me to develop as a player, particularly the technical side, while getting to travel to different places and gain an education was an added bonus.’’

From there, his impressive performances on the Futsal programme led to a call-up to the Welsh U18 futsal team, where he played in fixtures against England, Republic of Ireland, Northern Ireland and Scotland.

Discussing the experience, he said: “It was a fantastic moment and made me realise that this could just be the beginning.”

After representing his country in futsal for the first time, Momodou signed a two-year scholarship with County’s football Academy. 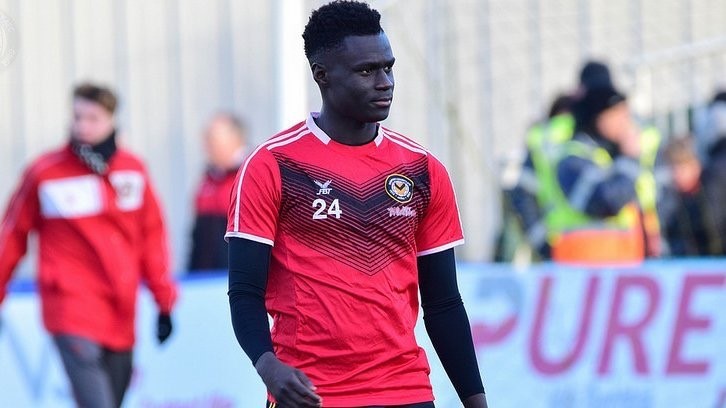 Byron said: “It was great to see Paul Bodin [Wales U19 Manager] come down and watch Momodou.

“When I went up to see him represent Wales’ U19’s against Switzerland in Rhyl, UEFA delegates were saying, ‘Where has this player been hiding, he’s unbelievable, where is he from?’

“It’s a fantastic feeling for everyone at the club, from the Community Trust to the Academy, to see a player come through the system.” 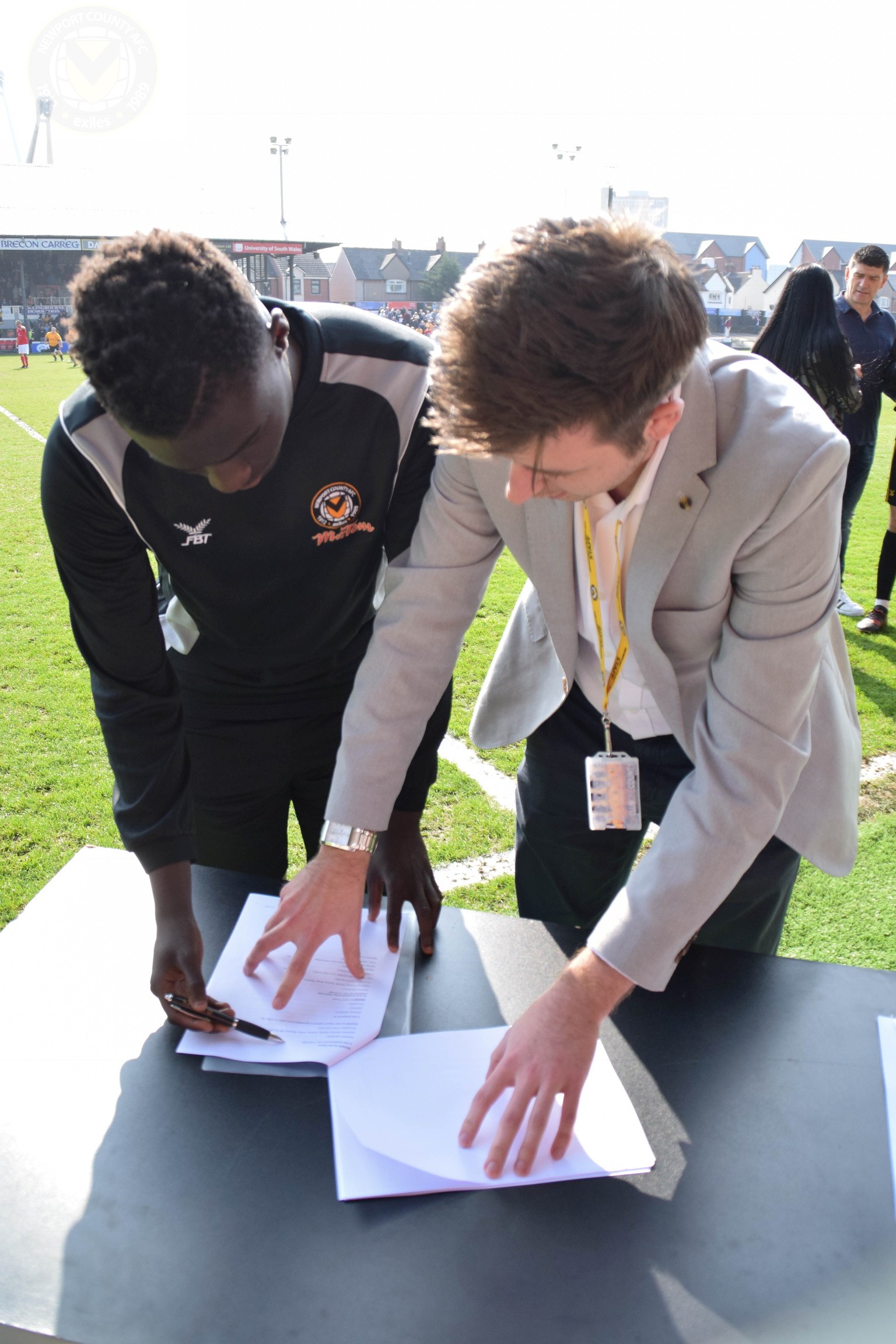 In April 2018, Momodou’s childhood dream came true after signing his first professional contract with The Exiles.

He said: “I was over the moon to sign a professional contract. My family and the staff at the Community Trust and Academy have always believed in me.

“My aim now is to hopefully make my debut in the first team. If I do that then I’ve accomplished everything I wanted to as a kid, and then from there I just want to get better and better.

“I came from the very bottom but it shows that if you work hard you can achieve anything.’’ 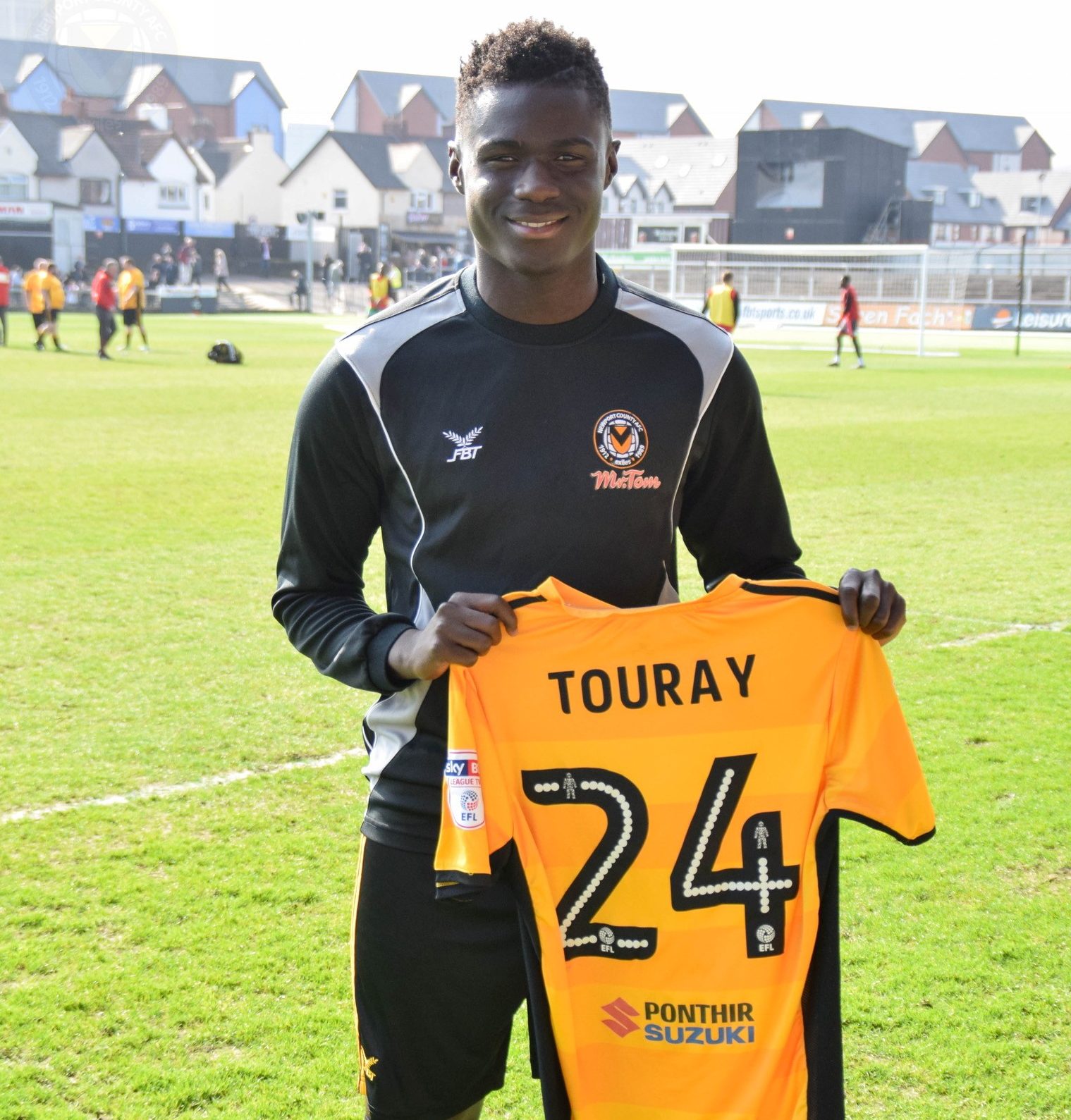 Dave Lewis, College Programme Co-ordinator at County in the Community, added: “Momodou is a credit to the club.

“The EFL is a very demanding league, but I think his attitude will go far and the attributes he picked up from futsal working in tight areas and holding the ball up will really help him.

“Hopefully the fans will get to see that he thrives in that aspect of the game.”

To find out more about the EFL Trust Futsal programme visit: http://www.efltrust.com/futsal/