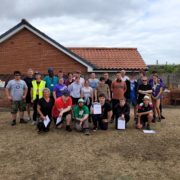 These were the words of Hayley Barclay from Club Doncaster Foundation who recently took students from Harrison College in Doncaster on the NCS programme.

Harrison College supports students with autism or special educational needs and partnered with Club Doncaster Foundation this summer so that their students could embark on NCS which is designed to build the skills and confidence of young people.

Following an action packed first week of activities including laser tag and rock climbing, the groups set to work on making a positive difference in the community, setting their sights on restoring a disused bowling green and abandoned community space. 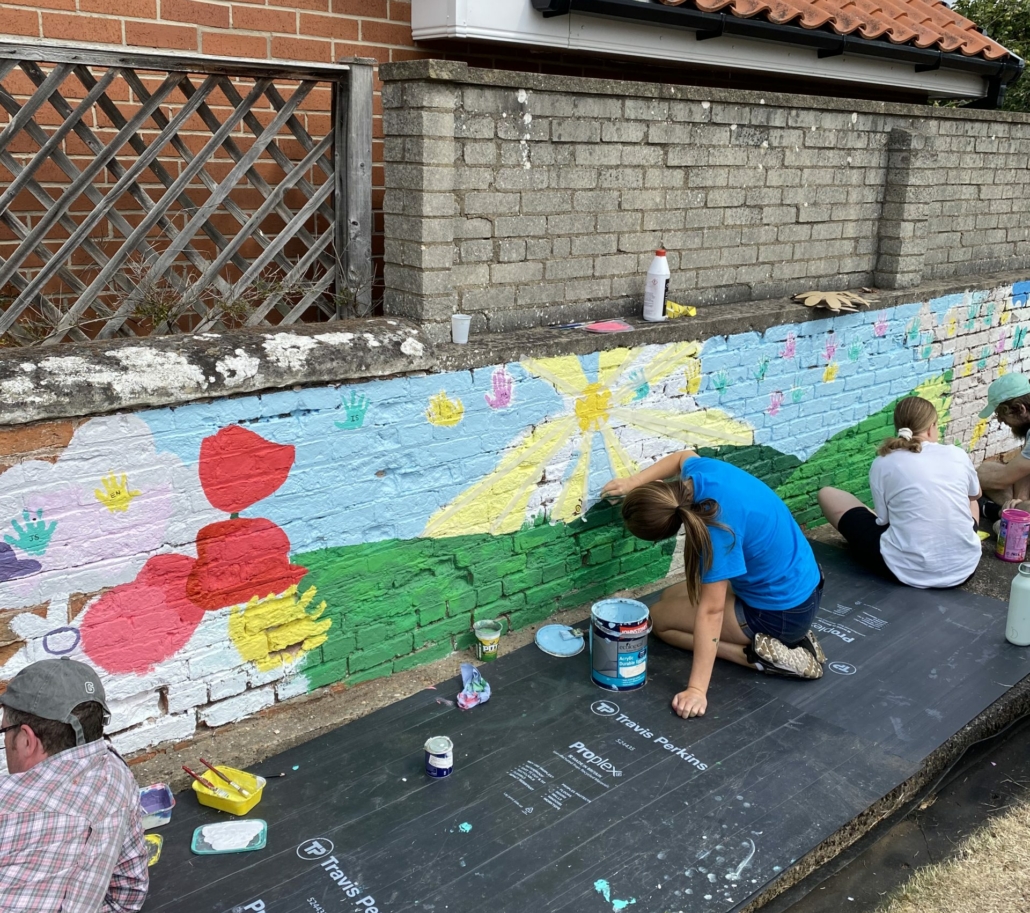 With the space becoming overgrown and the threat of it being used to build houses, the young people got stuck in as they fitted and painted new fences, restoring memorial fences, garden maintenance, as well as partnering with a local primary school to create a unique mural on the wall, bringing colour back to the space. 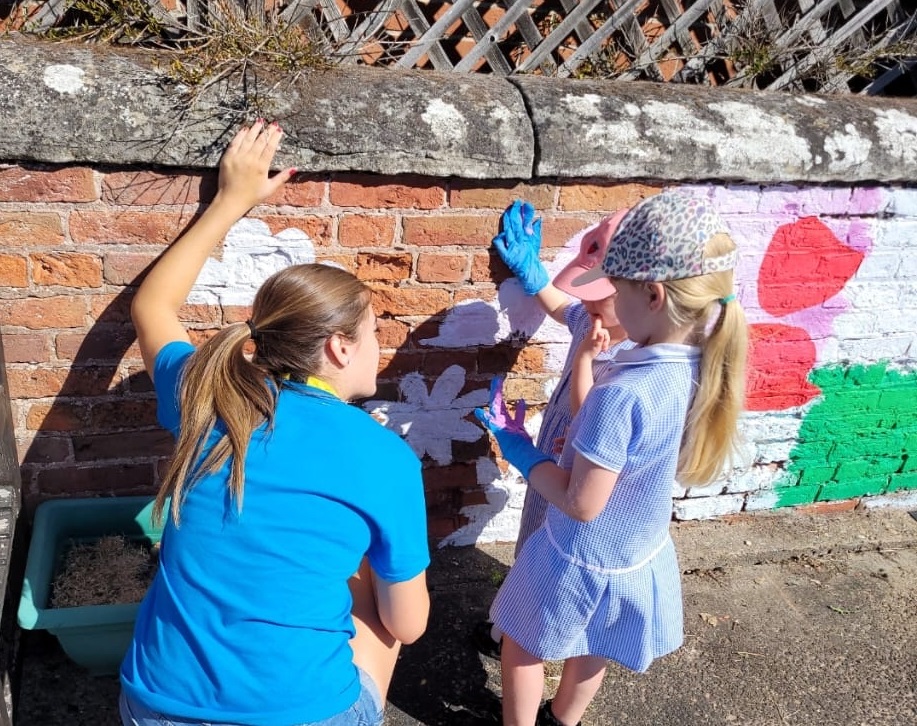 One member of the group, Oscar, said:

“We’ve worked on fixing the old bowling green, painted the mural and the old wooden walls. It’s been good to get involved and also tell people what to do, and to help out.”

“The bowling green has been deserted for the past five years. It wasn’t used for a couple of years prior to the pandemic; and since then no one has used it and it has become badly run-down.

“The site is owned by the village church, and they have said that if we restored it to a bowling green they would allow the land to be kept for community use. We have also committed to maintaining it going forward.”

Following a busy 5 days of restoring the space, the week ended with a BBQ to celebrate and an opportunity to thank the young people for all their hard work.

Hayley Barclay, Youth Engagement Manager at Club Doncaster Foundation, knows that their experience will not only benefit the community but also the young people. She said:

“NCS in partnership with Harrison College is one of the most rewarding programmes we deliver. They spent their first week facing two days of outdoor challenges, meeting the CEO of Doncaster Belles to solve real-life problems, cooking in a commercial kitchen and smashing their goals with our public speaking workshop with the organisation Loudspeaker.

“I’m so proud of each and every one of them young people and in a short space of time I’ve seen such a positive difference.

“The impact of this programme is so huge; it is almost unmeasurable.”

Mike has been delighted of how NCS has supported the young people:

“The young people have learned a number of skills, team-building and other qualities they developed, which proves the benefits of these initiatives to the young people, as well as our communities.” 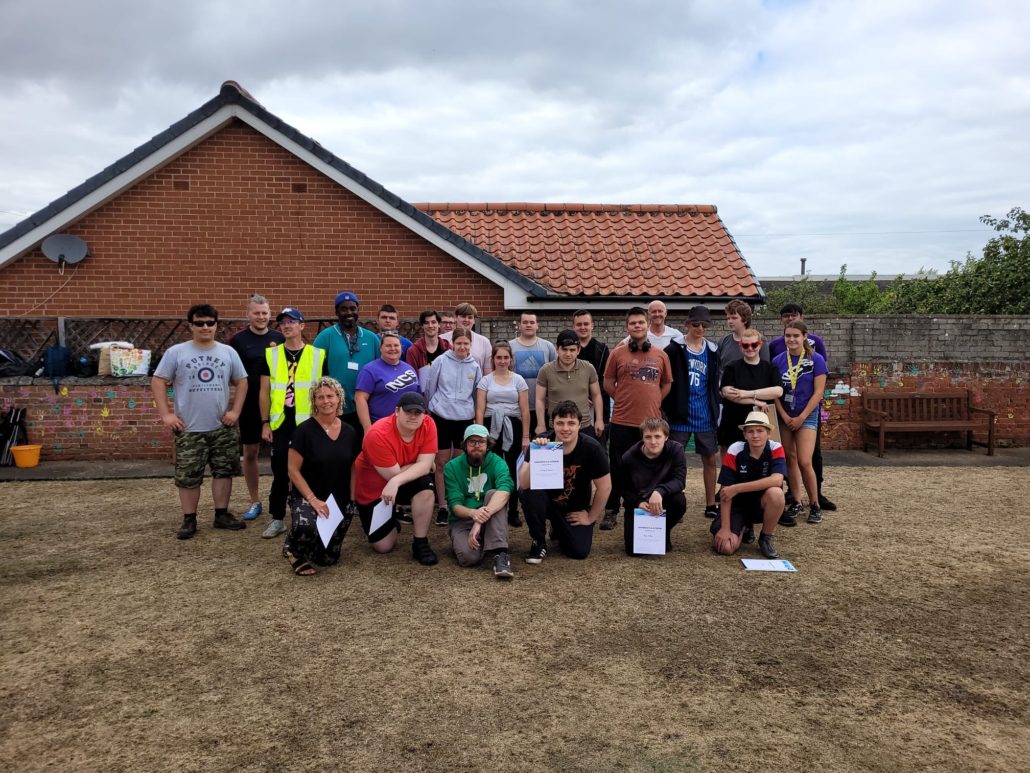 Oscar talks more about his time on NCS and how it supported his confidence:

“We went paintballing, laser quest and then I also did the high ropes and managed to go all the way to the top and also apparently a boxing trainer tried to go to the top of the rope, he couldn’t do it but I did it. We also went canoeing and jumped into the water from the canoes. I have really enjoyed my time on NCS so far and the whole thing has just made me more confident.”

Tweets by @FL_Trust
FIT FANS with Bolton Wanderers gave Amjid increased confidence to get his life...