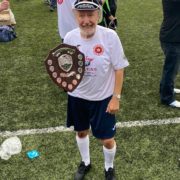 After winning promotion from the National League last season, Harrogate Town AFC Community Foundation are now part of the EFL Trust’s network of Club Community Organisations (CCO)….and they bring with them an England International!

Harrogate Town AFC Community Foundation are one of the many CCOs who have a Walking Football team. Walking football is a slower paced version of the game that is designed to keep the older generations, specifically over 50’s, active.

The social aspect of the game is also huge part of its appeal, bringing people together who all have a shared passion for football is great for the mental health of participants. 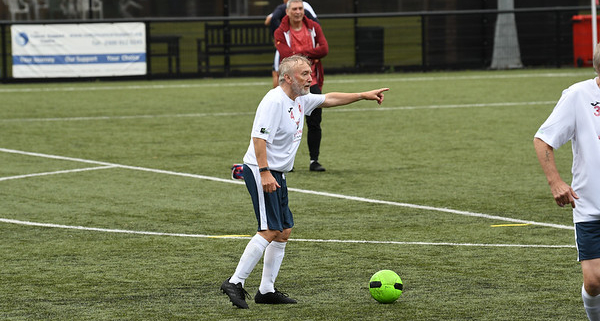 In October 2019, one of the participants was about to embark on a journey that would see him reach the top of his game. Harrogate Town AFC were invited to trials by Danny Ward, England 70+ Walking Football Team Manager, who was seeking players for the national team. During the trials, two assessors were assigned to scr

Out of 78 players, Harrogate Town AFC’s Lawrie Coulthard was one of the few selected for the next round of trials which consisted of a shadow match against England’s walking football ‘A team’. After a star performance, Lawrie was invited to a final practise match and the following day Lawrie received a phone call from the England manager to say he would play be for the A team in their next match against the new shadow team! 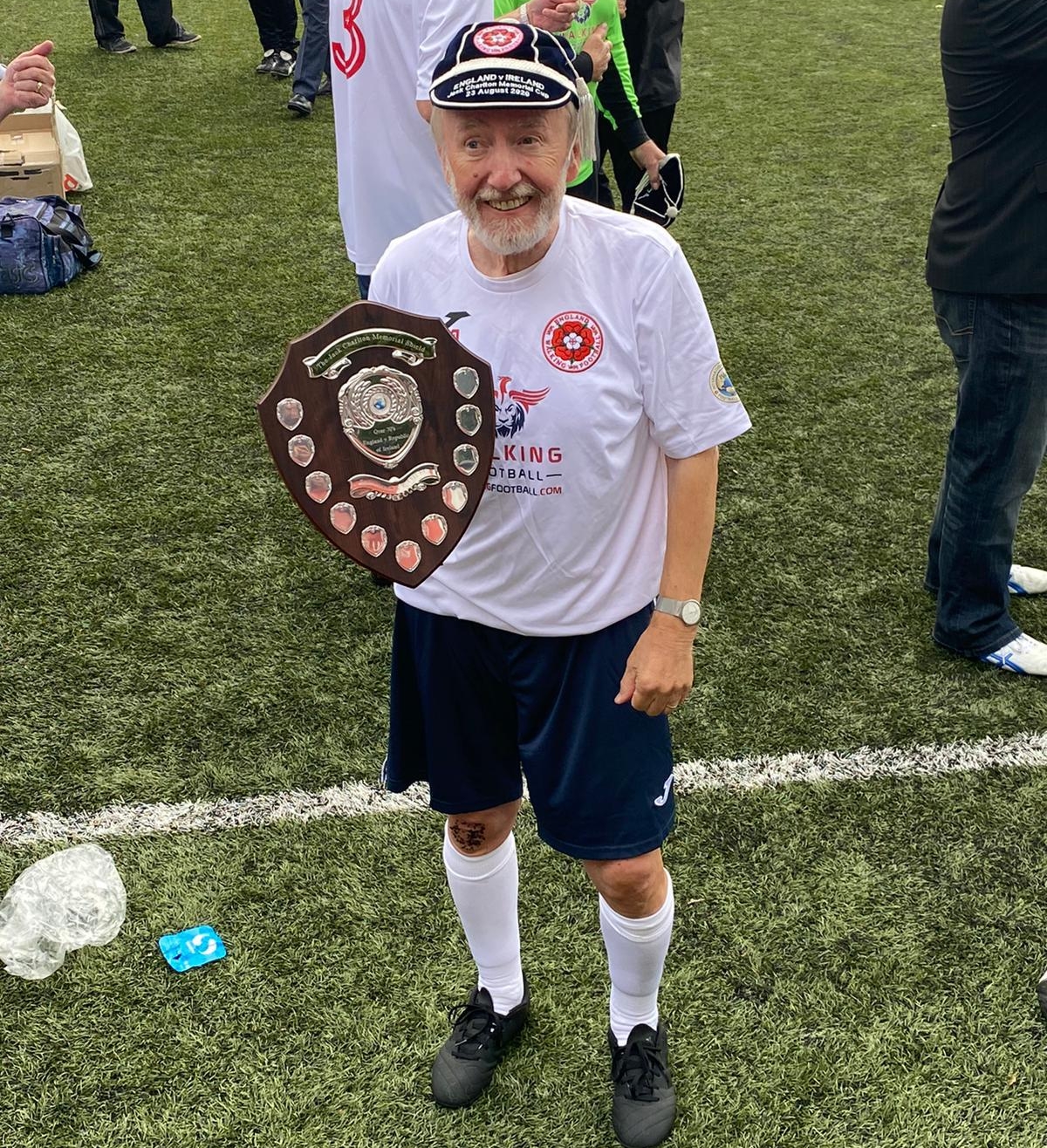 “Needless to say, I am immensely proud and delighted to have come this far and perhaps with more good performances I could break into the side in a full international

I have to say that the work that Harrogate Town AFC Walking Football Club have put in to develop us old boys has been instrumental in my  progress – in particular Ian Service and Glyn (our coach). The quality of play has improved tremendously since the Walking Section was introduced in early this year. I would also like to extend my thanks to Bernie Lyons who organises the Walking Football sessions on Thursdays, and from which the Town’s section was born.”

At the heart of all the hard work going at Harrogate Town AFC Foundation is Head of Community, Iain Service.

“We have been developing Walking Football here at Harrogate Town AFC for a number of years. It’s a fantastic way for those aged 50 years + to make new friends and rediscover their passion for team sports and competition. Plus there are multiple health benefits, increasing fitness levels and reducing social isolation and loneliness. Our competitive teams regularly compete in the Northern Premier League each month, with our oldest member Lawrie Coulthard representing England at 70 years plus! The most pleasing aspect is the way deep routed friendships have developed. During Covid we all genuinely missed both football and everyone’s company. We are certain that the Walking Football section at Harrogate Town AFC will continue going from strength to strength.

“As a growing Charity Harrogate Town AFC CIO are absolutely thrilled to be part of the EFL Trust network. Our inclusion will allow us to significantly increase the number of programmes that we deliver, positively impacting on the residents within Harrogate & District. We are excited for the growth of our Charity and look forward to working in partnership with the EFL Trust and other partners.”

To find out more about Harrogate Town AFC Community Foundation and the work they do visit https://www.harrogatetownafc.com/the-club/community/