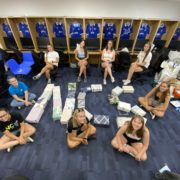 Young people have been hit hard during the pandemic. However by taking part in NCS with the EFL Trust’s network 15,000 teenagers have found a sense of purpose during these challenging times.

The effects of the pandemic on young people has been severe with their education and mental health suffering.

However through NCS in 2020 young people have fought back, finding  innovative ways to help tackle loneliness, rejuvenating community spaces and gardens and have been the driving force for positive change and leaving a legacy in their local communities.

During the first lockdown, young people that were due to take part in NCS were engaged digitally to help compliment their online school studies. A ‘Staying Connected Hub’ was launched to give young people a boost, support them through lockdown and allow them a way to escape.

Once restrictions had been lifted, over 1,500 young people across the country volunteered their time supporting local communities through innovative projects on the ‘Keep Doing Good’ Programme. In Yorkshire, 20,000 hours of social action hours were delivered to help raise awareness of local causes, rejuvenate public spaces for the public to enjoy or help tackle loneliness after months of isolation for some people.

In Wakefield, young people transformed a local allotment area to support people who are experiencing problems with their mental health providing them a vital respite. 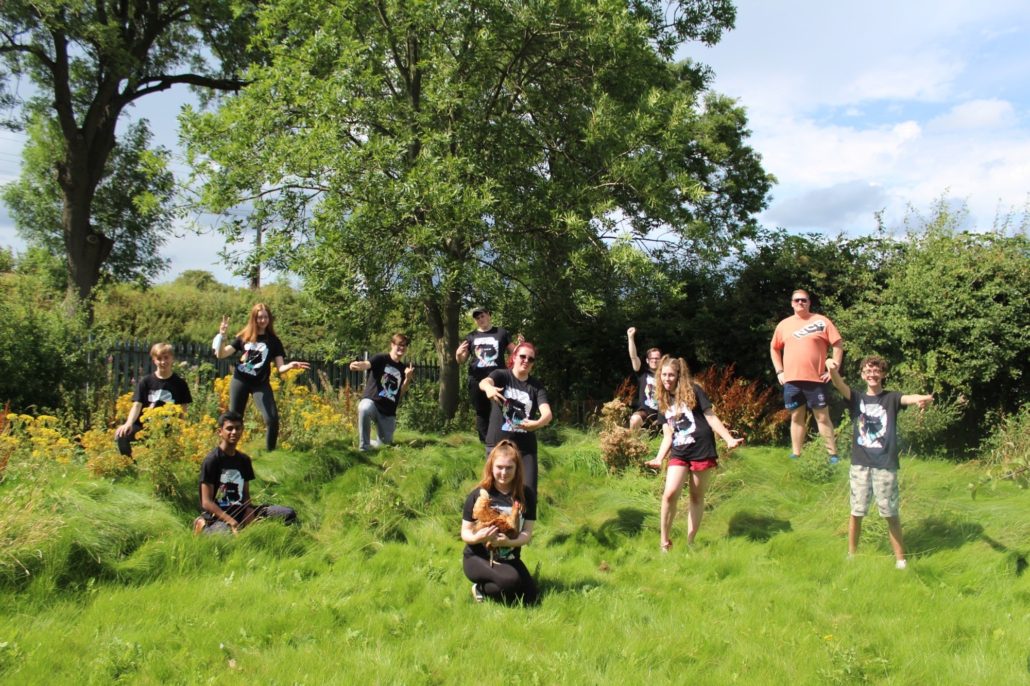 In Bradford, 19 young people created a mural which would showcase the diversity of culture within Bradford whilst celebrating the work of the key workers who have supported the community tirelessly throughout the pandemic. Read more here.

Further across the country, young people from Portsmouth were keen to help tackle loneliness by making sure people in their community had not been forgotten. With the support of the local community, they put together care packages and ‘happy letters’ that were sent to elderly people in local care homes to put a smile on their faces.

“The team realised the importance of helping elderly people and the issues of isolation. We wanted to make sure that people were not being forgotten and are supported during this time.” 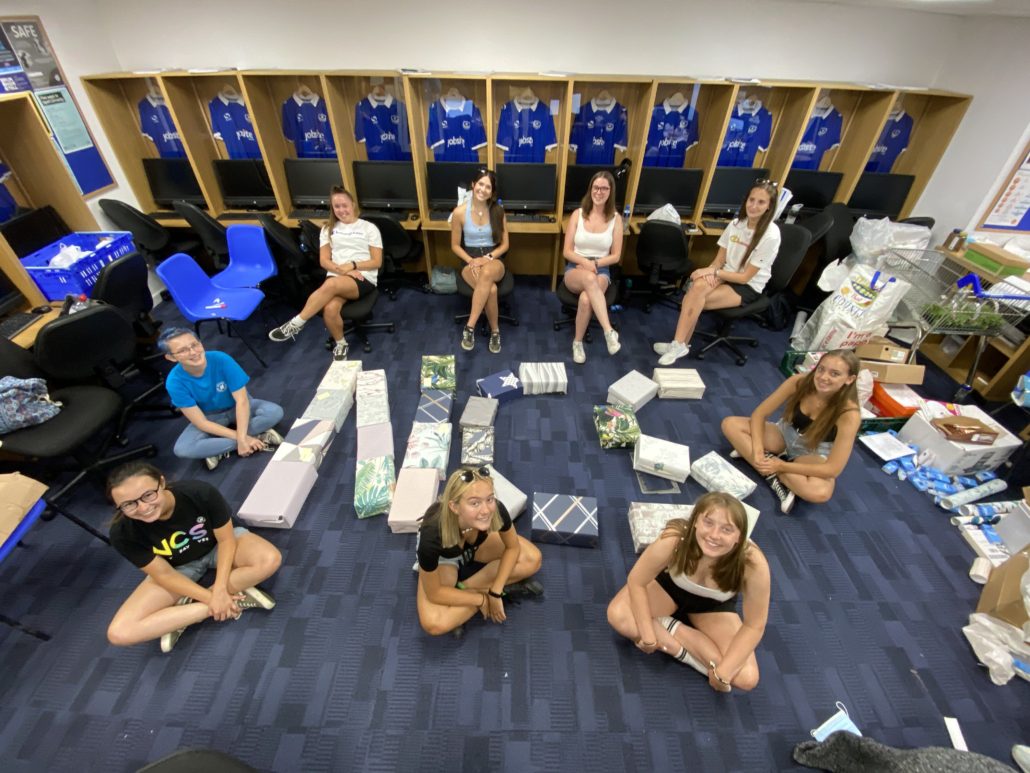 In Shrewsbury, having heard the uncomfortable statistics about loneliness in their community, a group of young people made it their mission to help connect with elderly people. Over 359 calls and 2,100 minutes later, their new pen pal scheme was a huge success. Read more here. 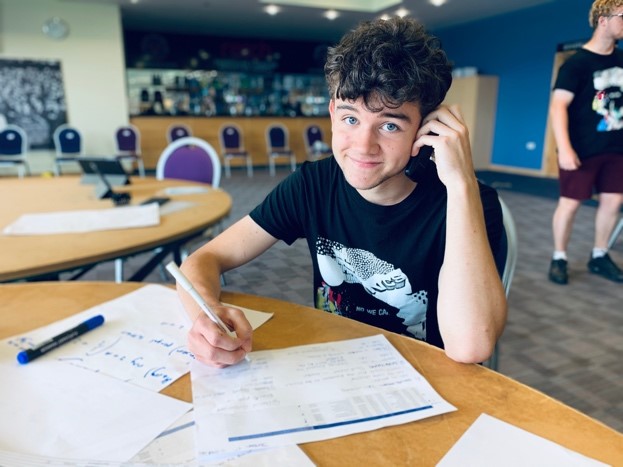 In September schools reopened and young people across the country returned to face-to-face education. Recognising the challenge that schools faced NCS wanted to support young people and their transition back into school life through the ‘School Support Programme’.

Since the launch of the School Support Programme in September, the EFL trust have engaged over 10,000 students through core areas such as health and wellbeing, employability, and skills for independent living.

Rotherham United Community Sports Trust were one of many to deliver a successful programme which was recognised by James Shaw, Careers Co-ordinator at Abbey school in Rotherham.

“The NCS School Support Programme at Abbey School has been Amazing! It really has been a successful positive vehicle for driving collaborative blended learning and has enabled our young people to build friendships with other young people and learn about skills for the future to succeed together and be the best we can be!”

As restrictions tightened in autumn, young people’s resolve continued with over 4,800 young people taking part in NCS contributing over 110,000 hours of social action.  Rachael Garrod, 16, from Sunderland was one such person that made a difference on NCS this autumn with Foundation of Light (Sunderland FC). She said:

“NCS is amazing. It has helped me to grow as a person and I have become more confident and hard-working due to NCS. I first joined because it would look good on my CV, but doing NCS is an opportunity I will never forget it and I recommend it to everyone.”

Rachael was amongst a group of green-fingered young people that that made ‘Positive Pot Plants’ for residents at Gildacre Care Home. The young people planted flowers for the benefit of isolating residents, whilst also donating a plant to the family of a local police officer who sadly died from COVID-19. Read more here. 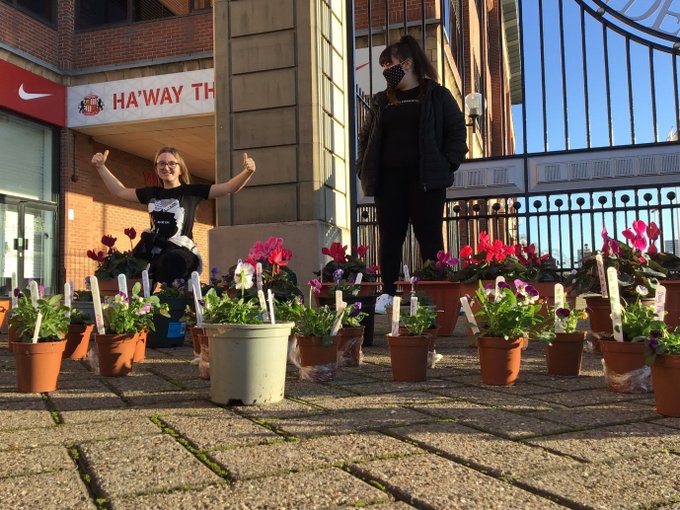 In December, the resilience, dedication and selflessness shown by young people across the country shows no signs of slowing down. Local Actions Groups were formed across Yorkshire and the Humber and over 100 teens were desperate to help spread the Christmas cheer and support the less fortunate.

Having done NCS in summer or autumn, these teens were keen to continue volunteering and as restrictions tightened they met virtually to plan how they would spread Christmas cheer. From sending personalised letters of happiness to care homes to covering the distance over Barnsley to Lapland so they could raise money to send care packages to families in Barnsley, they went well beyond expectations to support people in their local communities. Read more here. 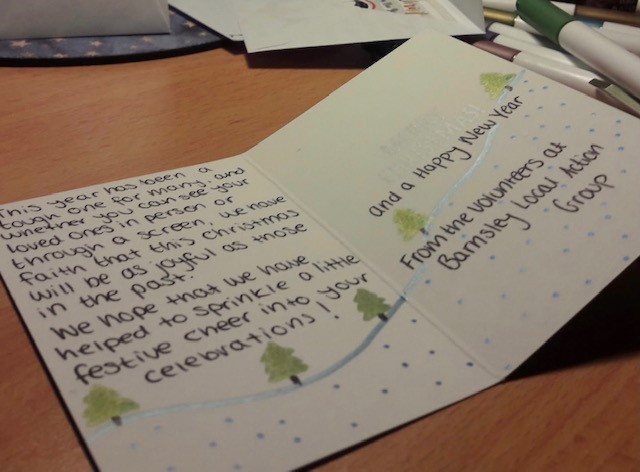