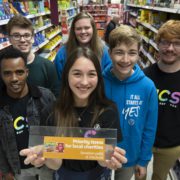 A group of Exeter teenagers have hit the headlines this week thanks to an innovative scheme to drive foodbank donations, that has tripled donations and is now being rolled out nationally

The idea was developed after the group spoke to their local food bank during the social action phase of the national youth programme for 16 and 17 year olds. NCS graduate, Holly Manning, 17, from Exeter, said:

“After talking to the manager of our local food bank it was clear that shoppers were being reminded too late about donating, with food bank collection points usually being placed at the exit of the store. We also learnt that people were regularly donating similar items, making it difficult for them to get the quantity and variety that they needed to serve the needs of their beneficiaries.”

To combat this, the NCS grads came up with a simple, ingenious idea: pop a branded sticker alongside the items most needed by the local food bank to encourage people to purchase the item and drop it in the existing food bank collection box on their way out. 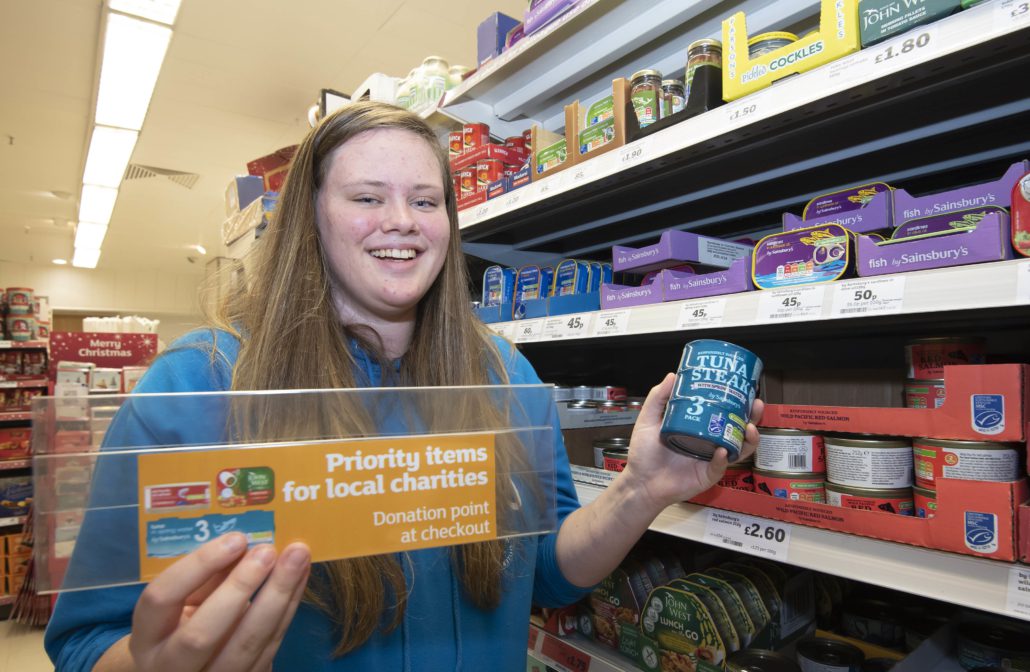 “Once we had developed an idea we were confident would help, we set about pitching it to various local retailers. After being turned away by a few we popped into Sainsbury’s and spoke to the store manager who, to our delight, agreed to trial the initiative.”

After two weeks of the labels being in store, the food bank reported the number of donations had increased by 300%.  Mark Richardson, manager of Exeter foodbank, said:

“Teenagers these days often have an unfair reputation for being unengaged with the world around them, so it’s great to see young people being empowered by programmes like NCS to go out into their communities and make a difference.  The results of this initiative just go to show that sometimes you just need a new mind on an old problem, sometimes the most simple ideas have the greatest impact. This campaign has already had fantastic results locally, and I’m excited to see how it can benefit food banks and their clients across the UK.”

The labels – which will appear alongside the top 15 priority food bank items all year round – will be a key driver in Sainsbury’s Supermarket and Sainsbury’s Argos’ festive food and toy donation drive: ‘Help Brighten a Million Christmases’.  Danny Harris, deputy head of community at Exeter CITY Community Trust, said:

‘We are so proud of the young people who developed this project; they threw their hearts and souls into it and it is incredible to think of the impact their idea could have. We have had over 500 teenagers taking part in NCS in Exeter this year and they continue to be inspired by the programme and by each other and are making a real difference in our community.’

CITY Community Trust works in partnership with Exeter City Football Club and provides a range of activities to people of all ages, focused on health, education, wellbeing and physical activity.

To find out more about NCS: www.ncsyes.co.uk