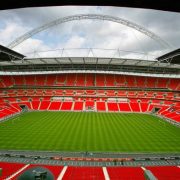 After winning the Regional Final stages of the Kinder + Sport Girls Cup last week, girls from Gordano School in Bristol and Thomas Telford School in Shrewsbury will get a once-in-a-life-time opportunity to represent their local football clubs at Wembley Stadium.

This year, over 6000 girls competed in the Kinder + Sport Girls Cup, a six-a-side competition for U13’s, that culminates in a Grand Final prior to the Checkatrade Trophy Final at Wembley Stadium on 2nd April.

The road to the finals began when each of the 72 EFL clubs organised a local competition for all schools wishing to take part. Each winning school of the local competition got the opportunity to represent their local club in the north and south Area Finals, in a bid to reach the Regional Finals.

Bristol City (Gordano High School), who finished 2nd at the Regional Final stage of the competition last year, came out on top against Luton Town, Brentford and Reading FC to claim their Grand Final spot at Wembley after competing in a highly contested group stage. Oxford United Women midfielder Emily Donovan, who was present at the south Regional Final said: ”There’s been some great quality of play today. I walked in and the first thing I saw was somebody scoring from the defensive line!

”It’s incredible for the girls that they get to play at Wembley. Hopefully one day even I’ll have the opportunity. When you’re younger there’s nothing better than knowing you’ll get the chance to play at a national stadium.”

Lauren Burton, Reading Women FC’s attacking midfielder said: ”I think the Girls Cup is fantastic. It’s great for the women’s game. When I was younger this sort of thing wasn’t around, so it’s great to see that a lot of girls have got good tournaments with their schools, and that they’re even fortunate enough to go to Wembley.”

Sheffield Ladies and England U18 forward Hannah Caine commented: ”When I started out there wasn’t any girls teams where I was, so I started off in a boys team. It’s fantastic to see that now there’s enough girls playing to put tournaments like this together.

”It’s massive for the girls, what an inspiration to get to play at Wembley. I would have loved an opportunity like that when I was a kid.”