News
You are here: Home / News / News / 4homepage / EFL Day of Disabilities: “Many of the young people involved have never a... 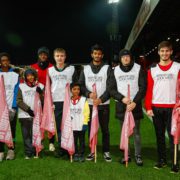 To mark the International Day of Persons with Disabilities, Brentford FC Community Sports Trust gave a special task to children from our disability projects.

With the Community Trust engaging with 250 children and adults with disabilities each year, it is no surprise that we marked the International Day of Persons with Disabilities in a special way.

Children from our Short Breaks project, which supports children with disabilities through sporting activities, joined our deaf volunteers for the Guard of Honour at our Sheffield United Game last Tuesday. And Brentford players Emiliano Marcondes, Rico Henry and Moses Odubajo congratulated the youngsters on their important matchday role.

More importantly, for many of the young people involved, this was the first time they had ever watched a professional football match. 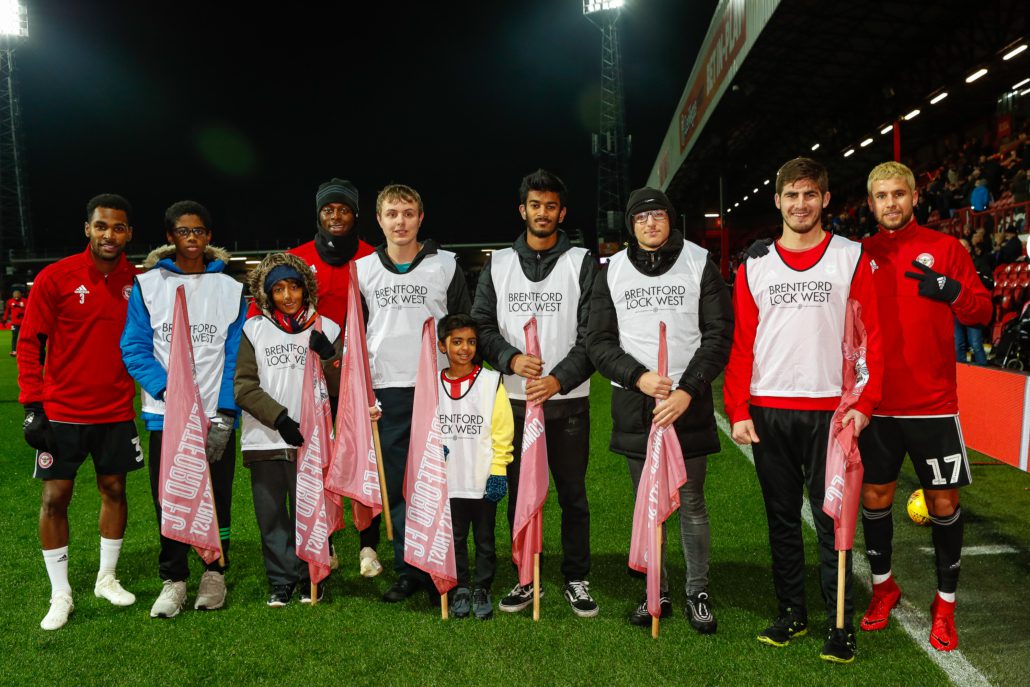 Sherrie Carrington, whose son took part in the Guard of Honour, said:

“He has been non-stop talking about it – you have certainly made him a happy boy tonight! He was actually really nervous about being a flag bearer, in case he did it wrong in front of all those people, but in the end he really enjoyed himself.”

Established in 1992 by the UN, the International Day of Persons with Disabilities aims to promote the welfare of people with disabilities and raise awareness of the difficulties they often face.

And the EFL, along with the 72 Clubs it represents, aims to highlight how football matches is an inclusive environment for disabled people.  Chris Tribe, Disability Project Manager at Brentford’s Community Sports Trust, said:

“We thought it was really important to mark the EFL Day of Disabilities, and we wanted to invite some young people who have never attended a football match before, which made the occasion even more special. It was fantastic to see how much they all enjoyed the experience; not many people get the opportunity to step onto the hallowed turf of Griffin Park!”

Tweets by @FL_Trust
Ryan’s Story: How Shrewsbury Town Transformed His Life Through The Power...