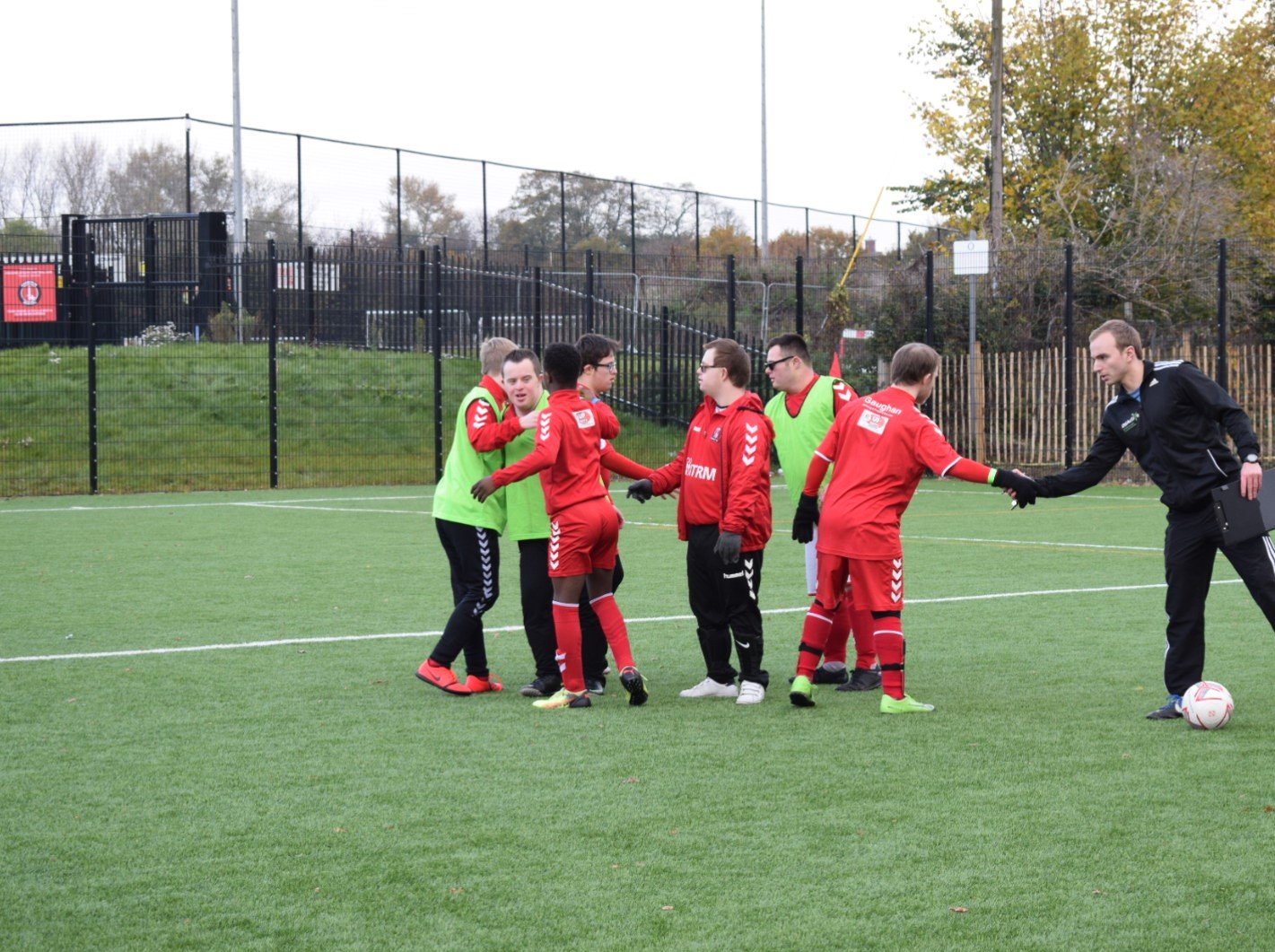 During the 2019-2020 season, DSActive will  run three regional Football Festivals, in the South East, South West and the North. The festivals are aimed at players with Down’s syndrome, whatever their abilities. The aim of the day is for the players to have fun and play matches against other clubs.

We welcomed nine teams to the event and played over eighteen 6-aside matches. For many of the players, it was the first they’d had the opportunity to compete in a match.

Sam, talking about his niece Alan who took part in the festival, said:

“Alan had the best time on Saturday. He was so happy and kept hugging me and saying thank you! He never plays that much football.”

Charlton Athletic Community Trust (CACT) have been supporting the DSActive programme and running sessions for people with Down’s syndrome for over 10 years and everyone feels very welcome at the club.

Charlton Upbeats, a self-funded programme run by CACT for children and adults with Down’s syndrome, has become a firm favourite with Charlton fans.

The Charlton Upbeats players play matches regularly and enjoy trips away with the team.

“Personally, I’ve worked on the Charlton Upbeats project for over 10 years now and it is by far the most attached I have ever been to a project.

“We run over 30 in our department alone, that’s purely because it’s like a small family network and we have grown close to not only the players, but parents and carers as well.

“We have seen the Charlton Upbeats lads develop in confidence as players and people and hope that the weekly session over all these years has helped to contribute to that.

“You get to know the families quite well over that space of time and the staff aren’t looked at as Charlton coaches but more as friends.”

To check out the South East Football Festival, Charlton AFC have produced a video of the day which you can watch here.

Upcoming Regional Festivals – open to all players with Down’s syndrome, with or without a club

To find a DSActive football session, please feel free to contact the DSActive Team on on email (dsactive@downs-syndrome.org.uk) or by telephone on 0333 1212 300.

Tweets by @FL_Trust
Mind launch ‘Have Your Mate’s Back’ campaign