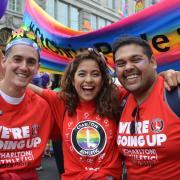 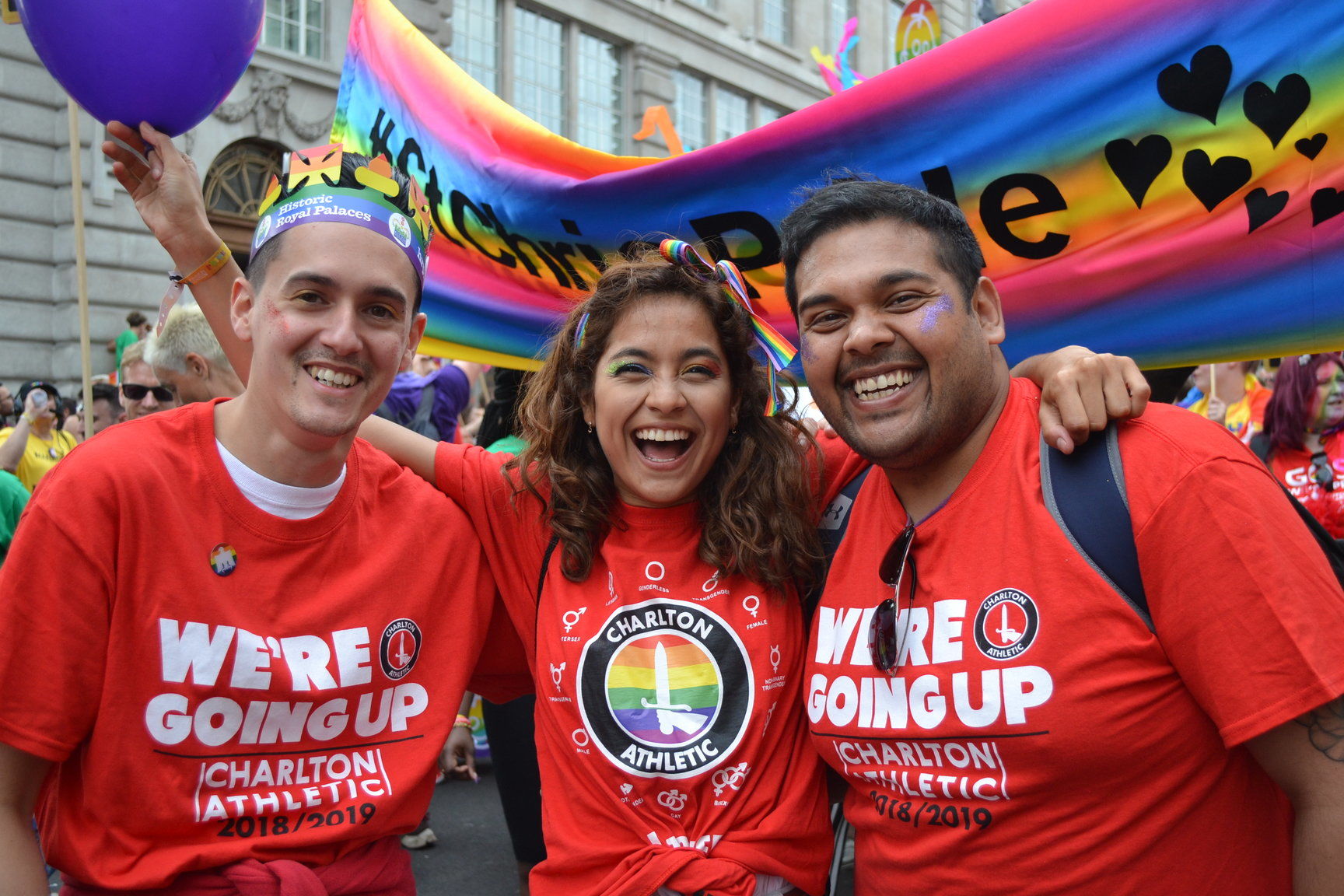 More than 30,000 people from over 600 different groups, including Charlton Athletic Community Trust (CACT), took part in this year’s parade.

The Charlton Family were represented by Charlton fans, CACT Invicta and Proud Valiants, as well as students from the University of Greenwich, young people from CACT’s National Citizen Service programme and Young Greenwich, the youth service CACT delivers on behalf of the Royal Borough of Greenwich. Representatives from CACT Principal Partner ITRM were also present.

This year, they were also joined at Pride by a growing number of organisations from across football, including the FA.

Participants wore special ‘We are going up’ t-shirts to celebrate the club gaining promotion to the Championship after winning the Play-Off Final at Wembley.

“It’s so important because it’s a celebration for people who for years have not had the opportunity to celebrate.

“We have annual tournaments at The Valley and CACT have always been very supportive of CACT Invicta as a club and the stuff we do.”

“What an incredible day, we had such a great representation from across the Charlton Family and one of the biggest walking groups in the parade.

“It was quite a spectacular event, and the interaction and positivity from everyone there, from a wide range of different communities and backgrounds, was a real example of how diversity and inclusion really works. We can’t wait until next year!”

Tweets by @FL_Trust
Pompey in the Community’s partnership with Community Integrated Care ...