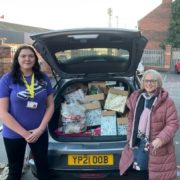 Christmas is mostly a period of celebrations and joy for most, however it can provide extenuating difficulties for some families. Recognising this, a group of Changemakers, aged, 16-18, from Reds in the Community (Barnsley FC) set out to suppoort families ahead of the festive period.

The project initially came to fruition, as the group were approached by the Wellbeing Principle of a local Primary School for support. They were concerned about families of their pupils attending the school, as their struggling situations were made aware. Therefore, this resulted in the group deciding to create special Christmas Dinner hampers to help.

In order to fundraise the Christmas hampers, the group collectively walked and cycled the distance required to reach the North Pole from Barnsley, which accumulated up to 2500 challenging miles. Keeping the Christmas spirit alive, the group used their innovation to track their miles to Santa’s home in Lapland and promote their online fundraising page 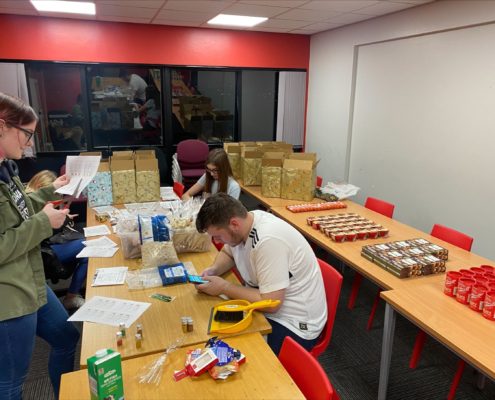 Changemakers compromise of NCS graduates, who want to continue making positive differences through social action projects.We spoke with Ellie K, who was one of the young Changemakers involved within the project, she had this to say:

“For our Christmas project this year, we were approached by a primary school in our community asking for our help with creating care packages for their most vulnerable families. We did a project similar last year for a food bank and we were all overwhelmed to have been asked and were more than willing to do so. We wanted to help the families and also put a little something extra inside for the children of the families.”

“We want to go above and beyond the high standards we have set for ourselves from our previous projects. Hopefully our project will set in stone a long-lasting idea that young social action groups within Barnsley, are capable of helping those in need within our community, showing the young people of Barnsley in a different light, than what they are usually seen as.” 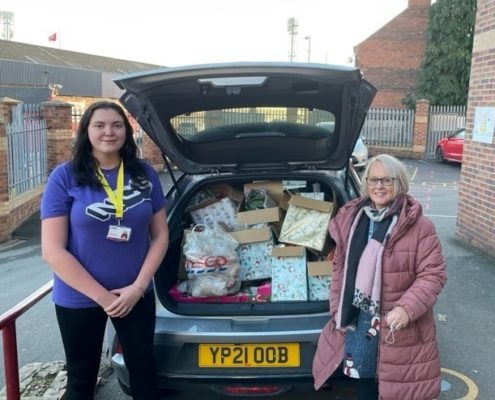 Ri, another member of the Changemakers, had this to say:

“We can’t sit around for someone else to change a world we are not happy with, we have to do it, or nothing will ever change.”

For the community of Barnsley, the season of giving was well felt, as the young group of Changemakers made their intentions well known, as their gifts and warmth within the community, was well received by many struggling families.

As for the young group of Changemakers, although their legs might still ache from the incredible distance covered within their fundraiser, they are sure to continue on their path to creating positive changes within their community, for the future.

Degree Course with MK Dons SET has seen Owen progress into his dream career...
Scroll to top
This website uses cookies to improve your experience by allowing the website to recognise you on subsequent visits and make navigation quicker,. We do not collect any personal data or share data with third parties. Press accept to opt-in to use of cookies on this site.Accept Reject Read More
Privacy & Cookies Policy