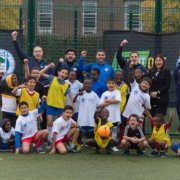 The weekly football session is for young people aged 8-16 who attend Wigan Mosque, with the visit part of the club’s equality and diversity programme Together, and in support of Kick it Out. 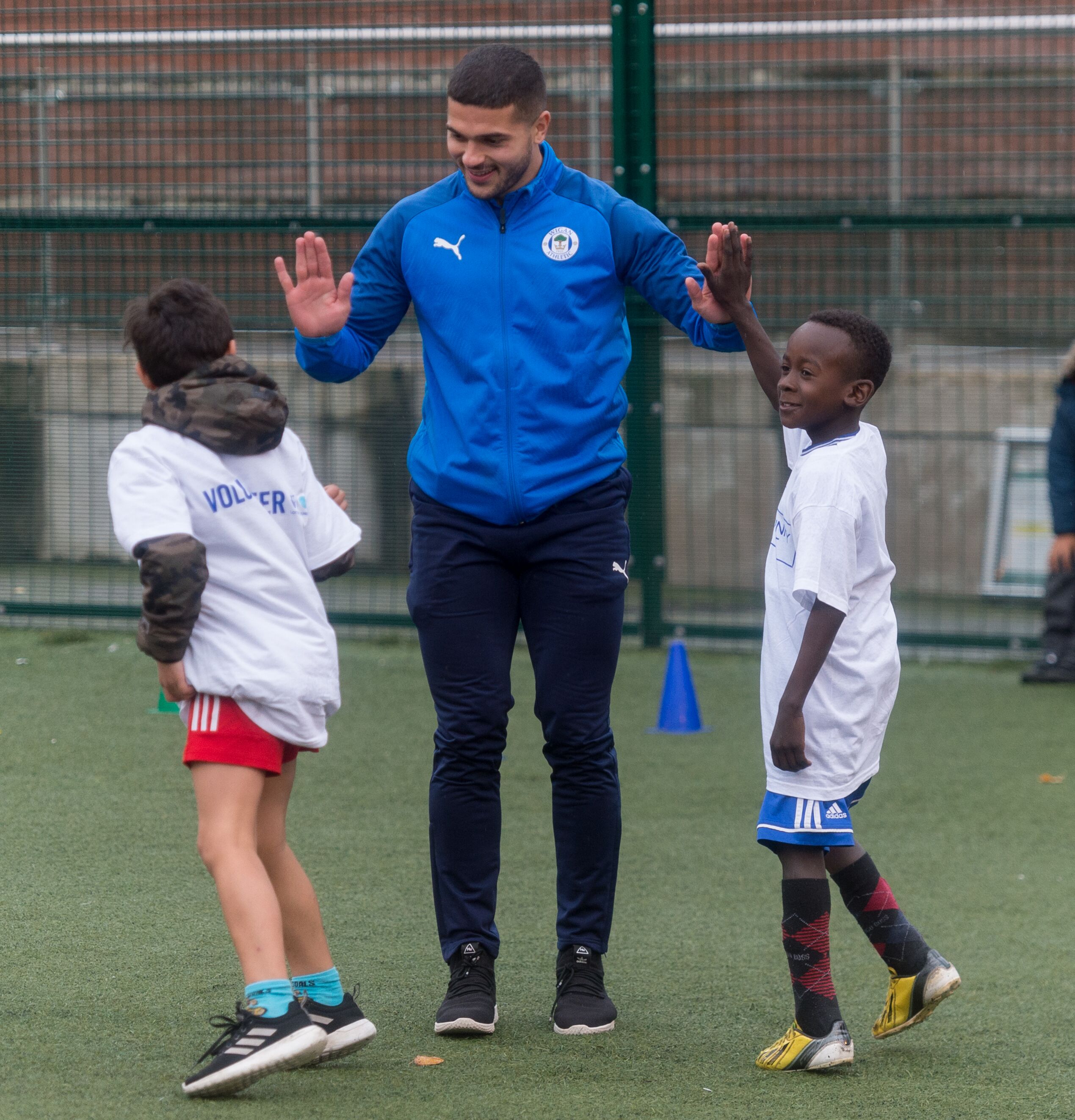 He said: “It’s been amazing to be honest. It’s about raising awareness to the local community and the Muslim community too.

“For the kids to come and be able to play and enjoy their football, it gets them involved and they’ve had a great time and hopefully they can continue to enjoy playing football.

“Everyone should have the right to play freely and it’s not always like that, but being in football we can do something about that.”

Sunday’s game against Nottingham Forest will see Latics celebrate the work of Kick it Out and the Together programme and Samy says it’s important to get all communities involved in football.

“It’s an important message to offer opportunities to an under-represented group and there has been boys here today from all around the world.

“It’s about them enjoying the football and enjoying their free time. They are lovely people, great souls and are really happy and that is great to see.” 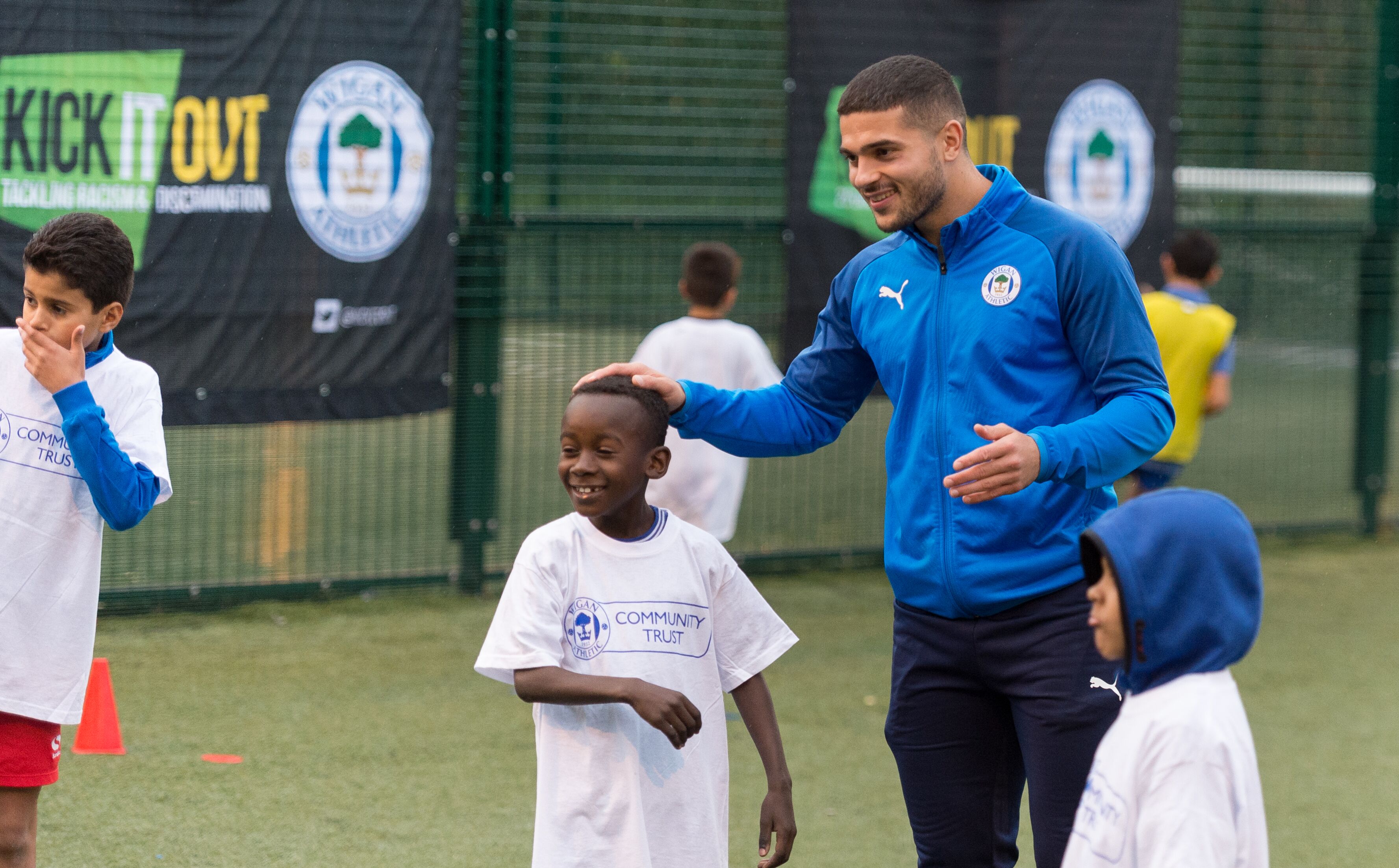 Through the Kicks programme, Wigan Athletic Community Trust provide free football and sports opportunities for over 1,000 young people a year between the ages of 8- 19, in five different areas of Wigan.

Labour MP for Wigan, Lisa Nandy, was also present at the Kicks session and was able to meet some of the young people.

She added: “I met some of the boys taking part and it is amazing to see them grow in confidence. I don’t think many of them would have had this opportunity if the Community Trust and Wigan Athletic as a whole hadn’t reached out to the Mosque and made contact.

“We are really lucky in Wigan to have that, because I know from speaking to colleagues in Parliament that many clubs don’t go to those great lengths to reach out to groups who are underrepresented in football.

“It shows once again that Wigan are leading the way in trying to bring new groups into football and keep the game going and reaching out to more young people and also changing lives.” 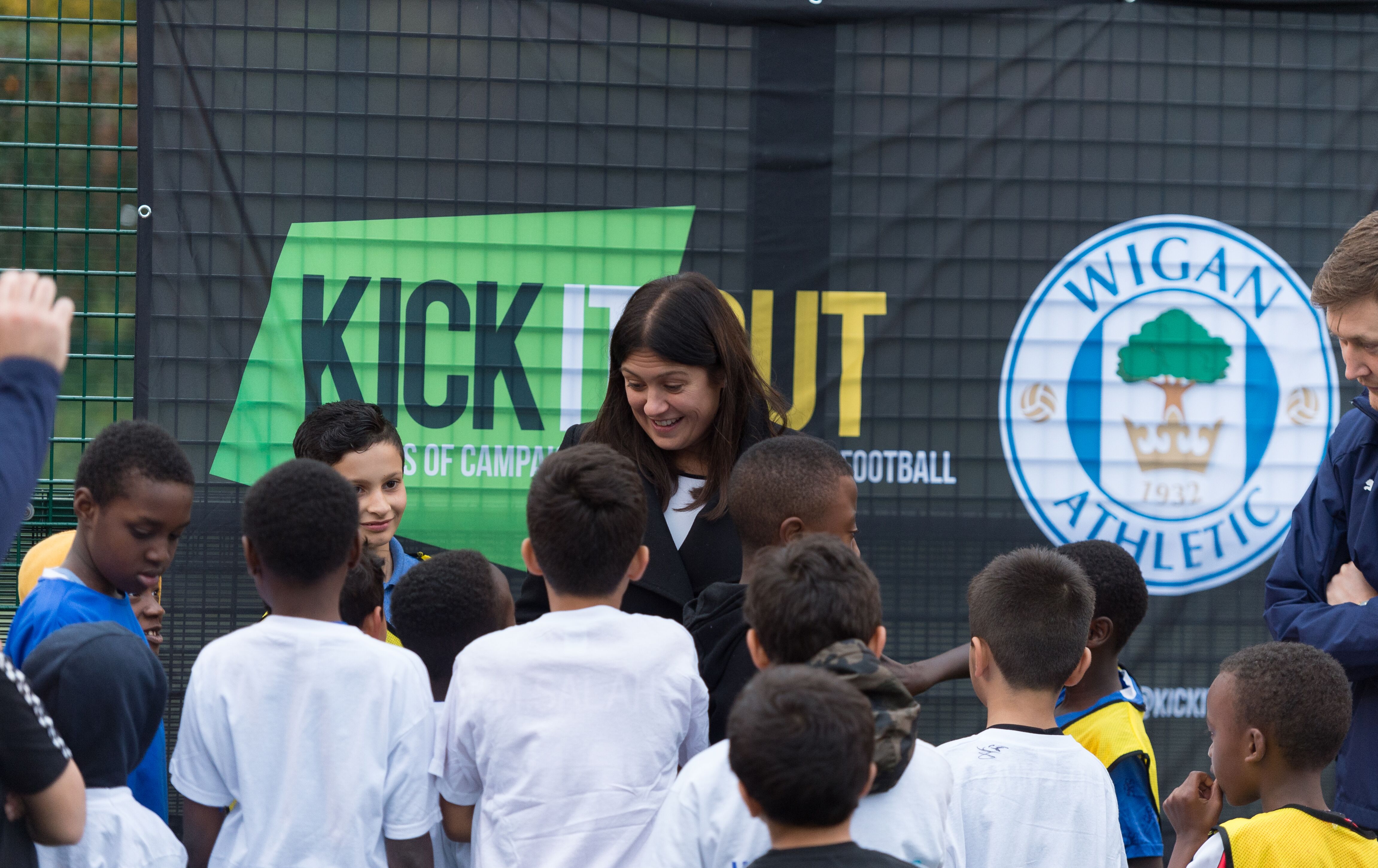 The scheme aims to help create stronger, safer communities by developing young people’s potential and also includes health and lifestyle workshops including dangers of drugs and alcohol and knife crime, and involvement can lead to volunteering, qualifications and apprenticeship opportunities for participants.

He said: “I’ve been coming for about a year and a half and it’s great as you can play football with other players from the Wigan community and playing with them is enjoyable.

“It’s a sport that is my favourite and I have always loved a lot. Also being able to meet a player like Samy Morsy was a dream come true as well.” 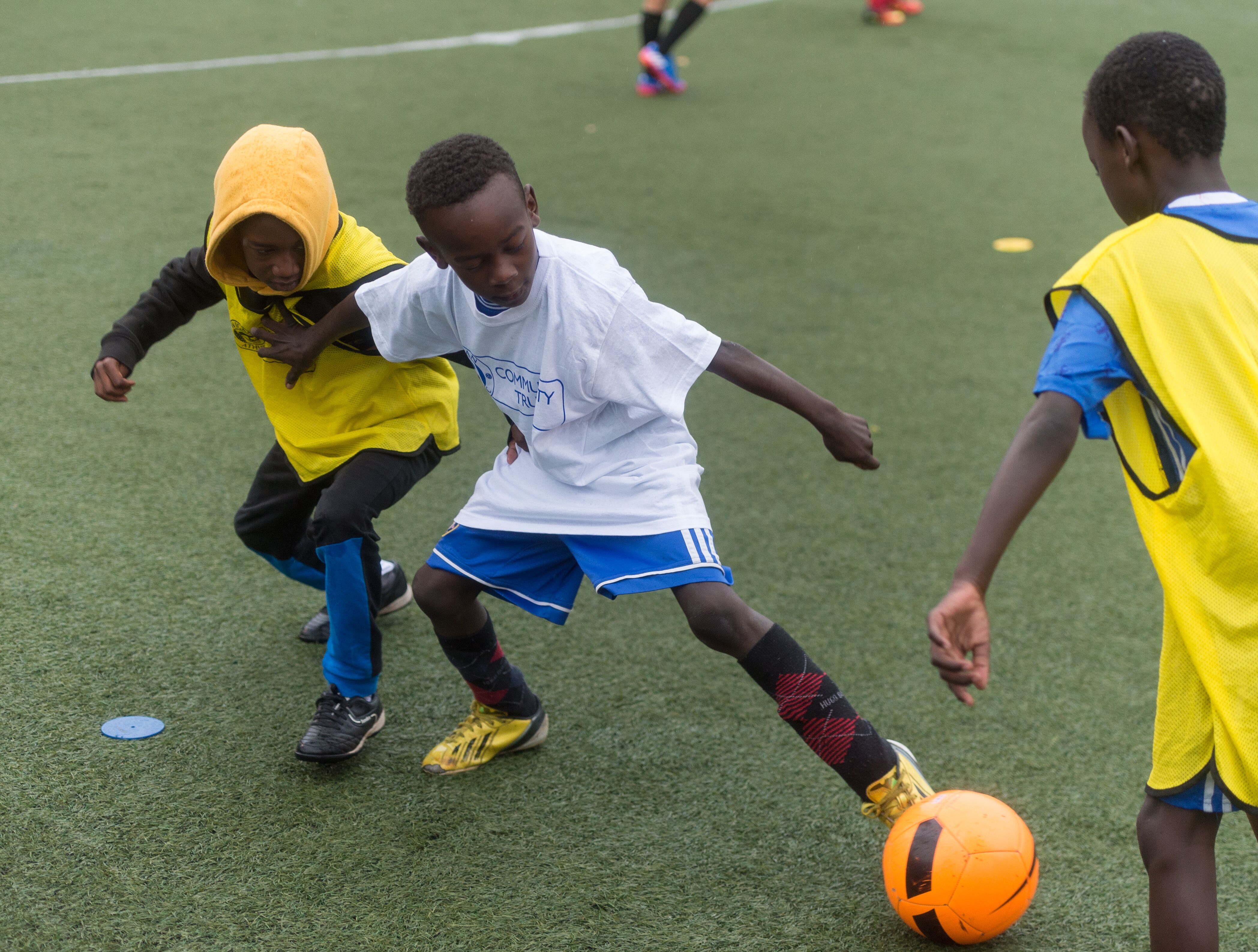 The free sessions for young people from Wigan Mosque run every Monday between 5pm-6pm at Wigan Youth Zone.

Brentford FC Deaf Football Coach is shortlisted for an award at the UK Coaching...
Scroll to top
This website uses cookies to improve your experience by allowing the website to recognise you on subsequent visits and make navigation quicker,. We do not collect any personal data or share data with third parties. Press accept to opt-in to use of cookies on this site.Accept Reject Read More
Privacy & Cookies Policy