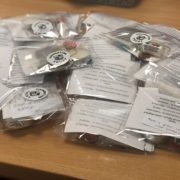 Today the world is celebrating kindness and Young People from Stoke-on-Trent were determined to put a smile on people’s faces through their ‘Little Bags of Happiness’ whilst on the National Citizen Service (NCS) Programme.

The group of teens, aged 15-17, were able to volunteer having signed up to doing NCS this autumn with Port Vale Foundation Trust. NCS is NCS provides young people aged 16-17 the chance to take on new challenges, experience exciting activities, make long-lasting friendships and develop vital skills that will support them later in life.

As part of their experience on NCS, first team player Cristian Montano spoke honestly to the group about his mental health struggles and recovery and they were also joined by Port Vale Football Club’s Owner and Chair Carol Shanahan OBE who talked about local issues and how vital charities are within the community especially as they provide key support

The group took a lot of inspiration from the talks and discussions began on planning a social action project that would support their local community and make a difference. Coming into a second lockdown the group wanted to put a smile on people’s faces and so wanted to create ‘Little bags of happiness’ to send out to people of Stoke-on-Trent to put a smile on their faces.

Hollie Edwards is a member of the group said:

“I really enjoyed the talk from Monty, it was really good and I learnt a lot and could relate to some of the things he said. He made me want to make a difference and helped me to understand the importance of when you are at the lowest point you need people around you supporting you and the bags of happiness were our way of showing that even during lockdown people are not alone.” 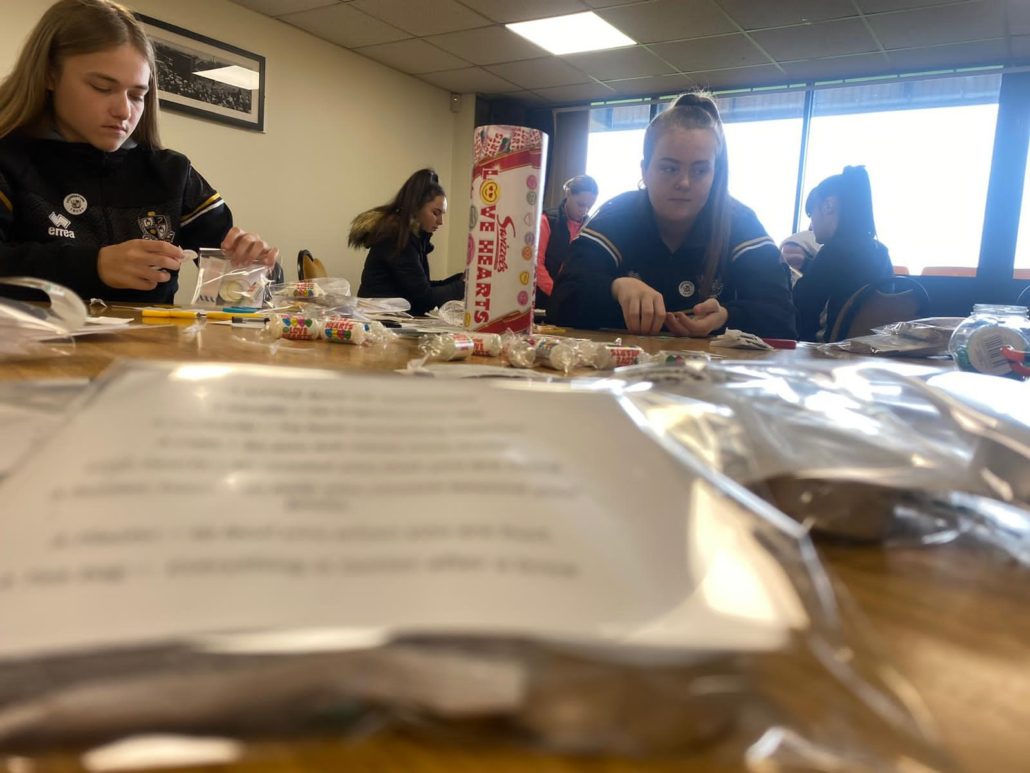 The group made over 200 bags and they decided that once the bags were made they were to be distributed to local people who are all aged 70+ and families who are also receiving support from the Port Vale Community Hub. The Young People even wrote personalised notes and put them in the bags for the recipient making sure that they added an extra personal touch.

“I was really proud of the group’s social action project; the meaning behind the project was really well thought out and incorporated key messages from week 1 of the programme, along with the knowledge of the impending lockdown.

They applied all of their new knowledge and messages learnt and created a really thoughtful project which would put smiles on people’s faces during a really difficult time for people.”

Port Vale Foundation Trust are part of EFL Trust’s network of NCS delivery partners who, despite the COVID-19 pandemic, are supporting thousands of young people this Autumn through NCS. To find out more about NCS this autumn visit wearencs.com.