Stevenage FC Foundation have teamed up with the University of South Wales and EFL Trust to launch a brand-new foundation degree for aspiring coaches to study a higher education course whilst gaining practical experience out in the local community.

The Foundation’s two-year Foundation Degree programme is a course designed for individuals wanting to attain a university qualification and are passionate about pursuing a career in the football industry.

Students develop the necessary skills, qualities and characteristics that are required to work within professional football club community departments or national governing bodies.

Delivered in partnership with the University of South Wales, Stevenage FC Foundation become one of over 35 clubs across the country to deliver the course including Shrewsbury Town, Newport County and Sheffield Wednesday.

All lectures, seminars and tutorials are delivered in a supportive and inspirational club environment, based predominantly within your own football club via online material. This is supported with residential stays at the University of South Wales campus in Cardiff where students from all the clubs, come together twice a year. 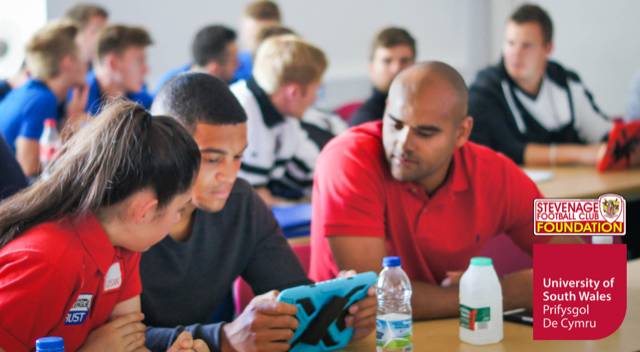 Alongside the academic element of the course, students will complete up to 200 hours of voluntary coaching within the community, alongside the Foundation staff, allowing the students to embed and develop the coaching techniques learnt within lectures.

Head of Foundation, Joe Goude said, “We are incredibly excited about the being able to bring the USW Foundation Degree to Stevenage. This is something we’ve been working on for nearly a year now and we cannot wait to get started.

“We already have a fantastic apprenticeship pathway in place for further education with Sporting Futures Training and this is the next tier of that pathway that will allow those apprentices to progress to a higher education programme whilst continuing to build on their practical experience out in our community.

“This programme has seen great success elsewhere in the country with some amazing examples of what students have gone on to achieve and the Foundation is looking to replicate that success locally, to create a viable pathway for people to gain new knowledge, but it into practice in the local community and ultimately make themselves more employable.”

More details of the course can be found here.

EFL Trust Futsal and Education programme scholars, Morgan Pratt and Momodou Touray, are two prime examples of how the course can open the door to life changing pathways and experiences.

After approaching the end of secondary school, both boys were hesitant of what to do next in their lives. Never could they imagine that two years later, they would be playing for their home country in front of thousands of fans.

The boys were chosen to represent Wales at under-18 school boy level and played in international fixtures against England, Republic of Ireland, Northern Ireland and Scotland.

“I wish I could relive the experience,” said Morgan. “From not knowing what to do with my life two years ago after finishing school, to then singing the Welsh national anthem away in Scotland in front of over a thousand people was unbelievable.”

Momodou commented: “I’ve always dreamed of playing for the Wales team. The atmosphere whilst coming on against Northern Ireland was phenomenal, it will be a moment I will never forget. It brought me to the realisation that this is only the beginning for me.”

The EFL Trust Futsal and Education programme specialises in offering a platform to young people who love sport but aren’t motivated by the classroom environment, presenting a different way to learn and progress in their careers.

Unlike regular college courses, students are able to combine studying sport, gaining qualifications that will enable progression into university, and play football and futsal with regular coaching to develop their technical, tactical and physical ability.

Morgan added: “I was unsure what to do next when I finished school. Then I came across an opportunity to go on the programme. At first I was worried about leaving my comfort zone and leaving my old school and friends – but it turned out to be the best decision I ever made.”

“I’ve always been interested in learning how the body works with nutrition, in different situations of exercise and activity,” Momodou said, “I’m so glad I chose to join the programme as I now realise it has helped me to understand nutritional information as a footballer and the best food and meals appropriate to contain a healthy diet.” 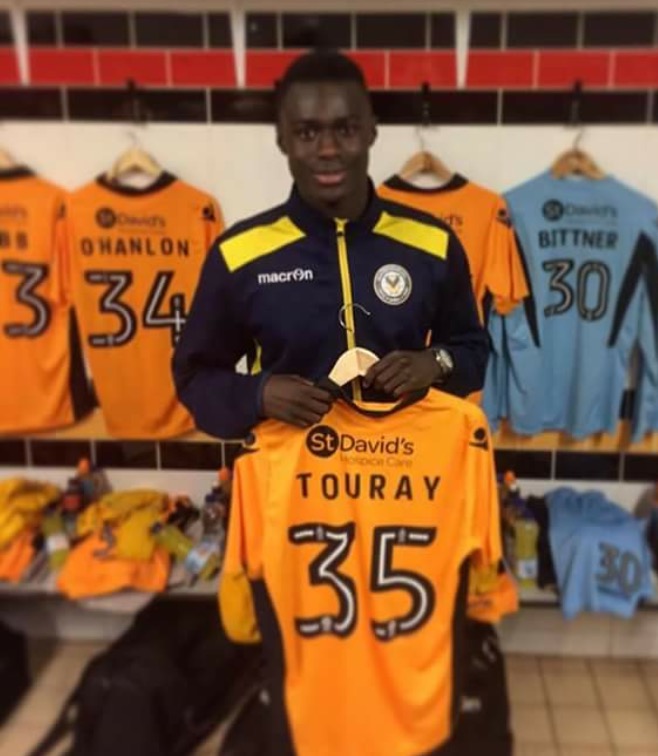 After representing Wales and going into his second year of the programme, Momodou has since signed a two year scholarship with Newport County AFC’s academy team.

He has already been named five times on the substitute bench for the first team, something that Newport County’s Futsal and Education Programme co-coordinator Dave Lewis is proud of.

He said: “It was fantastic to see Momodou offered a two year scholarship with the academy team and I am immensely proud to have played a part in his development.

“Both individuals [Momodou and Morgan] have showed a fantastic attitude towards their studies and consistently performed to an excellent standard during both futsal and football 11v11 games programmes.

“They both had unforgettable and outstanding experiences during their international fixtures which wouldn’t have been made possible if they weren’t part of the programme.”

The two scholars were also keen to encourage others with an interest in studying and playing sport to sign up to the programme.

“Anyone should consider signing up to the programme as it gives you the opportunity to not only study sport and get good qualifications, but also travel to different cities within the UK and play against experienced players,” Momodou said.

“You should sign up to the programme if you want to get a good education behind you,” added Morgan. “It gives you the tools to go to university and you get the chance to play lots of football and futsal which will definitely improve you as a player as the coaching is second to none.” 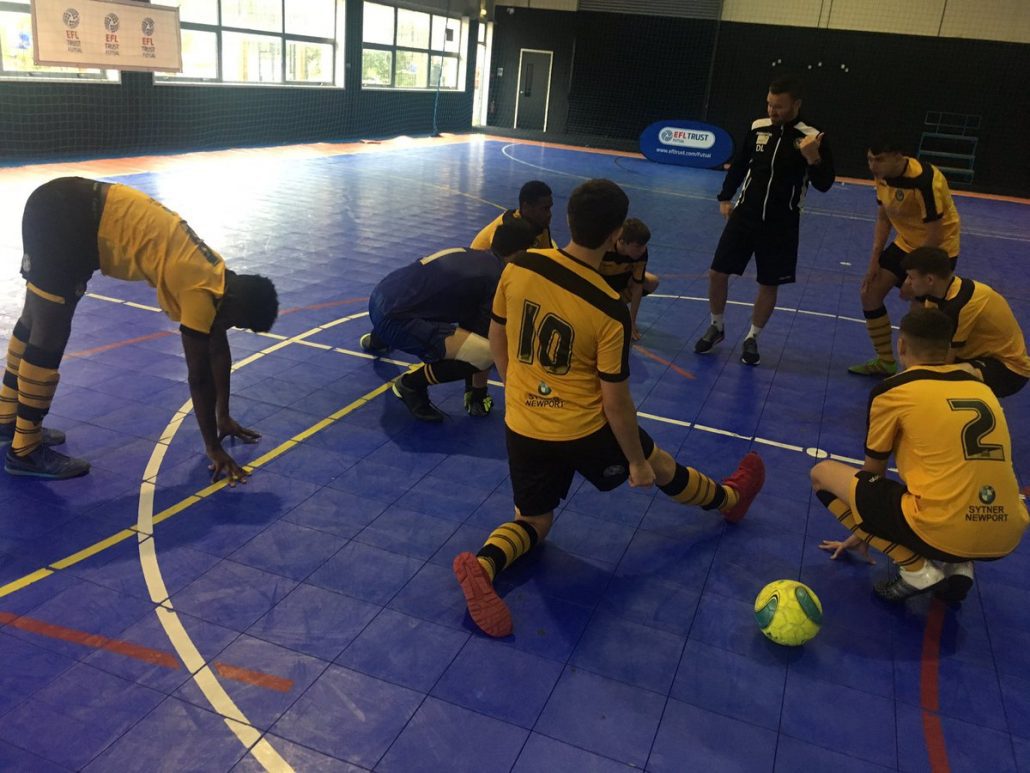 To find out more information about the EFL Trust Futsal and Education Programme visit: www.efltrust.com/futsal