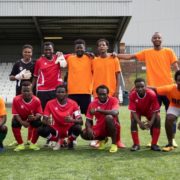 Barnsley FC’s Reds in the Community hosted a One World Cup tournament on Monday (18th June) to celebrate Refugee Week 2018.

The competition, which was organised by RITC alongside British Red Cross and the Refugee Council, brought together 11 teams at Oakwell.

There was a mix of local teams from the Barnsley area alongside refugee and asylum seeker sides in what was a great occasion for bringing different cultures and nationalities together through the power of sport.

After playing a league table-style contest, the top four teams progressed to the semi-finals.

Doncaster United came out on top to seal glory in the final, beating DCC United 2-0.

Muse Jama, who now lives in the UK after originally coming from East Africa, explained how important events like the One World Cup are for integrating refugees into the English culture.

He said: “I’ve really enjoyed it. I’ve met a lot of people from different cultures and different countries in the world, it’s been really nice. It’s amazing, I’m really proud to be here and I’ve had a good time. I’ve been in this country for five months. My wife and my kids are here as well. It’s a different country with different people but I’ve met some good friends. The people are really friendly.”

Sarah Sonne of the Refugee Council was delighted with the success of the event and thanks Reds in the Community for it’s backing.

She said: “We’ve got lots of different teams from refugee backgrounds but we’ve also got a job centre team and teams from colleges. It’s been really nice to show that Barnsley is refugee friendly and to start the week’s celebrations. It celebrates diversity. We’re really grateful for Reds in the Community for us in this event. It’s so nice to see so many people involved and people that we’ve not seen before who we can tell them a bit about refugees in Barnsley and what they can bring to the community.” 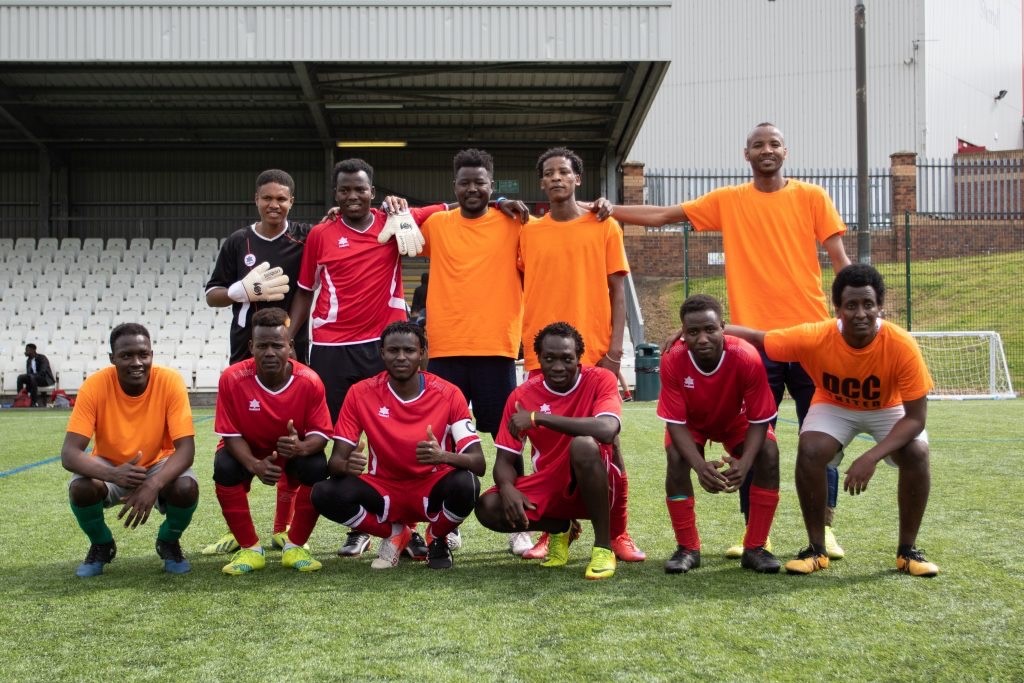