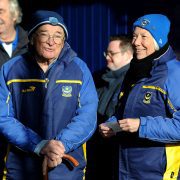 Pompey fans are being asked to celebrate the history and heritage of the club and raise awareness of dementia, ahead of kick off during Portsmouth v Leyton Orient on Saturday, by recalling their memories of Pompey using #PompeyVoices.

Saturday’s fixture at Fratton Park is, in partnership with Portsmouth in the Community, The Sporting Memories Foundation, and ‘stranded-up-north’ Pompey fan Andy Tysoe aka @dementiaboy.

Recalling personal memories of following Pompey, be it a triumphant journey to Wembley, or an away trip to watch a ball stick in the mud on a waterlogged pitch on a wet Wednesday night can actually prove beneficial in our later years. These memories can play an active part in tackling dementia, depression and loneliness. Following the beautiful game is after all, about making memories, some of them great, but for most of us, memories of what might have been too. Some of the strangest details can remain with us as crystal clear as if they were yesterday. A particular incident in a game, a new chant that sprang up out of nowhere, a great half time pie or a horrendous journey up a snowy M6 to find the game abandoned can stick in the mind as clear as a Guy Whittingham volley. But sometimes those memories can fade due to ill health. 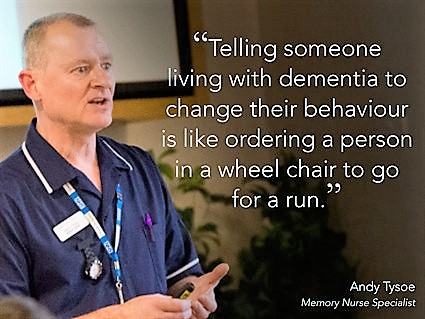 As a Dementia Nurse working in a busy general hospital in Cheshire, Andy aka @dementiaboy has created and delivered awareness sessions to over 6000 hospital staff, members of the public and people affected by dementia. These sessions are provided free in the North West through his #DementiaDo campaign, to anyone who wants to attend and learn more. They also challenge the misperception and stigma around the disease too.

Pompey in the Community

The Sporting Memories Foundation works with clubs, communities, volunteers and across generations to help support older fans and helps them to continue enjoying sharing memories of their lives as fans or indeed players at weekly groups.

Find out more about the wide ranging work of Portsmouth in the Community at www.pompeyitc.co.uk