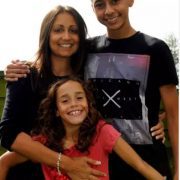 Preston North End has been temporarily renamed “Preston North Beginning” as part of Organ Donation Week. People are being urged to “Turn an End into a Beginning” by talking about organ donation and telling their family they want to be an organ donor. 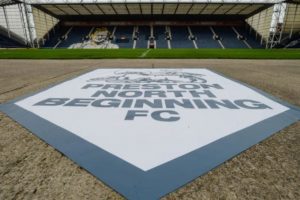 Lancashire’s newest football club has been revealed today – Preston North Beginning. The club is temporarily being re-named to highlight an important cause. 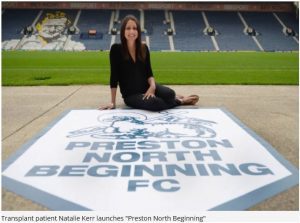 Today marks the start of Organ Donation Week and the campaign is calling on people to “Turn an End into a Beginning” by talking about organ donation by encouraging people to tell their family they want to be a donor.

Andy Haythornthwaite, head of community at Preston North End, said: “We hope to inspire more people from Preston to Turn An End Into A Beginning by talking about organ donation”. At the start of this year, the Lancashire Evening Post launched its Lancashire: Giving the Gift of Life campaign with the aim of getting at least another 2,016 people to sign up as organ donors in 2016. Figures today show that 7,527 people have registered on the Organ Donor Register since the campaign began. 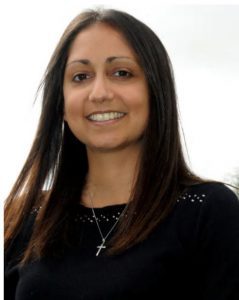 Natalie Kerr, 34, from Adlington, near Chorley, had a double lung transplant just as she thought she was reaching the end. She said: “My transplant gave me a future with my children”.

“I had always been fine and healthy as a child, but after having my son Brandon, I began experiencing breathlessness”.

“I thought I was just unfit and maybe doing too much as after Brandon was born, I went back to university to study to become a nurse and I was always rushing around.”

“I went to the doctors quite a few times telling them that I kept getting out of breath but they told me I was fine.”

After repeatedly going to the doctors, Natalie had a heart scan and had heart traces but was told everything was fine. It was only when she gave birth to her second child Isabelle in 2008 that she was diagnosed with a condition that had caused damage to her heart and lungs.

Natalie recalls: “I was really poorly during labour with Isabelle as I could not breathe… so doctors did tests including a heart scan and chest X-rays and diagnosed me with pulmonary hypertension”. 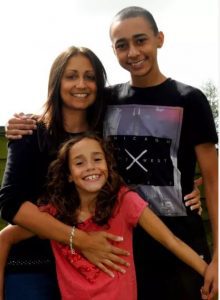 “After I had Isabelle, I was told that there was no cure for this condition and that the outlook wasn’t good as most people only lived three years with it. It was heartbreaking. I had just had this little baby and I was being told I might not be here to watch her or my son grow up. It was devastating as all I have ever wanted is to be a mum and watch my children grow up.”

Natalie was put on medication to improve her quality of life and managed to stay stable for around a year.

But then she began deteriorating and struggled to be the mum she wanted to be. She was on oxygen and had to have a stairlift fitted at home. As her condition worsened, Natalie was listed for a transplant in 2011 and continued to deteriorate.

Natalie says: “You have to be at the end and have exhausted all other options before you are considered for transplant.” When Natalie went into Wythenshawe Hospital for assessment, she got hold of her medical notes and saw the words “Prognosis: Less than a year” which really shook her up. Natalie says: “Seeing these words in black and white made the enormity of my situation hit home”.

“I realised time was rapidly running out for me. I knew then that I desperately wanted a transplant as it was my only hope. However, doctors had warned me there was a real chance I might not get a transplant as there was a shortage of organs available and a lot of people died while on the waiting list”.

Natalie had to go through the heartache of making a will and planning a funeral to prepare for the worst case scenario. She turned 30 in November 2011 and as she cut her birthday cake with photos of her children on it, she realised everyone around her was crying. Natalie remembers: “I realised then that people were crying because they thought this would be the last birthday I had.”

That Christmas, Natalie became even more poorly and blacked out a few times. As a result, she was put on the priority list for a transplant. In February 2012, she received a call telling her a new pair of lungs had been found for her transplant. Natalie says: “I was so excited and was texting everyone from the ambulance telling them. “I wasn’t frightened as I had reached a stage where I was so poorly, I wanted a chance of life.” Natalie underwent the eight hour operation and in hospital, she had a photo of her two children at the end of her bed as inspiration to recover as quickly as possible and get back home to them.

Natalie says: “As soon as I was given my new lungs, I felt different and I could breathe again. It felt amazing.” It has now been four-and-a-half years since the former nurse had her transplant and she is loving being a mum to Brandon, now 14 and Isabelle, eight. Natalie says: “It is brilliant, I am alive and I can breathe. Just to be able to breathe is incredible. I’d been ill for so long and couldn’t be a mum. Now we spend quality time together and make memories, it’s all the little things in life I treasure such as being able to walk Isabelle to school and see her face when she goes in and seeing her face when she comes out and I’m there”.

“My transplant was a new beginning, a fresh start and I’m so grateful to my donor and her family. “All I know about my donor is that she was a woman in her fifties who didn’t smoke and really looked after her lungs. My transplant gave me a future with my children. What a legacy to leave – my children have their mum because of my amazing donor and her family. I would encourage other people to think about organ donation and talk to their family about it. It is such a wonderful thing. I hope my organ donor is proud that I am making the most of my life with her lungs.”

Every day across the UK, around three people who could have benefited from a transplant die because there aren’t enough donors. In Lancashire, there are around 153 people waiting for a transplant now and they need people to agree to donate for them to get the organ transplant they so desperately need. In 2015/16 13 people in Lancashire died before they received the organ they desperately needed. In 2015/16 74 people in Lancashire received a potentially lifesaving or transforming transplant There are currently 498,839 people residing in the Lancashire postcode area on the UK Organ Donor Register.

Many people believe it is just a case of signing the NHS Organ Donor Register. However, if you die in circumstances where you could become an organ donor, your family would be approached by specialist nurses and asked to support your decision to become an organ donor. Anthony Clarkson, assistant director for organ donation and nursing at NHS Blood and Transplant says: “Too many families faced with the possibility of donating a relative’s organs do not know what they wanted and find themselves having to make the decision on their behalf. This makes what is already an emotional and difficult time even harder. It is therefore vital you tell your family about your organ donor decision to make it easier for them to support what you want. Many donor families say that donation helps with their grief and they feel enormous pride at knowing their relative went on to save lives after they died giving others the chance of a new beginning.”

During Organ Donation Week, hospitals, health teams, charities and supporters and their families will be highlighting the need for people to talk about organ donation and share their decision with their family. Start a conversation today and held turn an end into a beginning. Visit www.organdonation.nhs.uk or call 0300 123 23 23. Share your decision with your family using hashtag #YesIDonate To register as an organ donor through the Lancashire Evening Post’s campaign, visit: http://bit.ly/givethegiftoflife