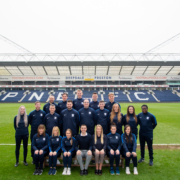 Preston North End Community and Education Trust (PNECET) has a long and proud history of serving its community through football, and the club were at the forefront of the initiative in its humble beginnings that has led the way for others to follow. Preston North End were one of six North West Football Clubs to set up a community programme in 1986. Since then, the Trust has grown from strength to strength and this year has been unprecedented in many ways…

Preston North End Community and Education Trust was proud to deliver 26 different projects across Preston and its surrounding areas, engaging with more than 11,000 people and investing more than £900,000 into the local community last year. Long-running programmes have continued to grow, and newly established Armed Forces, mental health and Sporting Memories programmes have become immediate successes, engaging with new groups of people, with whom the Trust may not have previously engaged with under other initiatives. 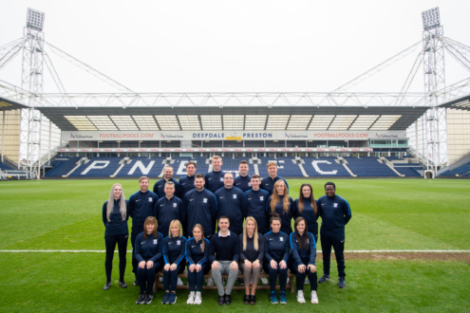 Twelve months ago, Tom Drake, who had previously held the role of Assistant Head of Community at the Trust, stepped up into the Head of Community role. Little did Tom know the challenges that 2020 would hold, but the latter, Coronavirus-inflicted months of the 2019/20 season, saw attention turn to providing essential items for vulnerable members of the community and an unprecedented level of adaptability and commitment from his team.

In November, PNECET were awarded the ‘Community Club of the Season – All Other Leagues’ award at the 2020 North West Football Awards….a fitting tribute to the changes made by Drake in the months subsequent to the pandemic and his team’s response to the months that followed.

We met Tom (virtually of course!) to discuss the last twelve months and how PNECET have managed to be there for their community in new ways and for the people who most needed help.

“We are absolutely delighted to have been crowned winners of the Community Club of the Season at the 2020 North West Football Awards.

“The Trust has enjoyed a positive year despite the difficult circumstances presented by the current pandemic. While much of our provision has been affected, we have adapted to meet the needs of our community with a range of new and forward-thinking initiatives.

“Our skilled and enthusiastic team have worked incredibly hard over the past 12 months and this award is testament to their dedication to supporting our local community.” 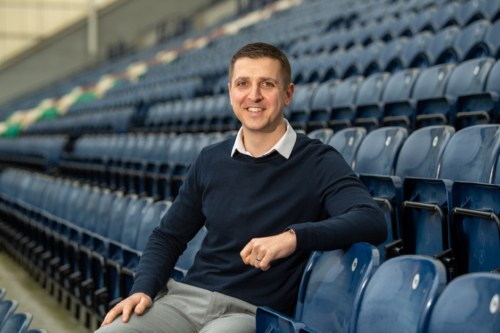 Tom went on to explain how adapting has been key this year:

“We had not previously offered a food provision service but quickly adapted to the community’s needs, to offer a service that delivered essential food, toiletries and engaging club materials, to our programme members, club season ticket holders and the most vulnerable people in Preston.

“Our Helping Hampers campaign saw 1,300 deliveries of essential food parcels made to the elderly and vulnerable in Preston, which was followed by forming the PNECET Community Support Hub that provided a similar food delivery service to those in need, including vulnerable families and school children through the summer holidays.

“We have continued to stay in touch with our regular participants via online meetings and regular welfare calls throughout the pandemic, maintaining those new provisions that had begun earlier in the season.”

Among PNECET’s projects over the 2019/20 season was its continued work with the Foxton Centre, a Preston City Centre charity that works with vulnerable young people, culminating with the Big PNE Sleep Out event, as part of continued efforts to combat homelessness and rough sleeping in the city.

Working with a range of local organisations, the Big PNE Sleep Out asked PNE supporters and members of the Preston community to sleep rough for the night on the concourse at Deepdale, at the height of wintery conditions in mid-November of last year.

Alongside waste management company Biffa, regional news outlet Blog Preston, and the Foxton Centre itself – all of which are either local to, or based within Preston – the Trust organised the Big PNE Sleep Out to take place at Deepdale.

The event encouraged supporters and members of the Preston community to donate towards the Foxton Centre’s Housing First initiative. The event raised almost double the initial £50,000 fundraising target and the outcome of this is now reality, as they have recently bought and are renovating a house for the use of homeless people in Preston.

Tom is now looking to the future and how the team’s work and strategy can continue to create positive impact:

“We are also thankful to all of our local partners, without whom this success would not have been possible, and we are excited to continue utilising the power of the club badge on our programme delivery as we strive to create a safer, stronger and more resilient community.”