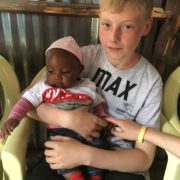 Despite his tender years Max is a young person that has made massive difference to a community on another continent.  Max, despite being only 13, has been on two trips to Kenya as part of Derby County Community Trust’s, ‘Rams in Kenya’ . 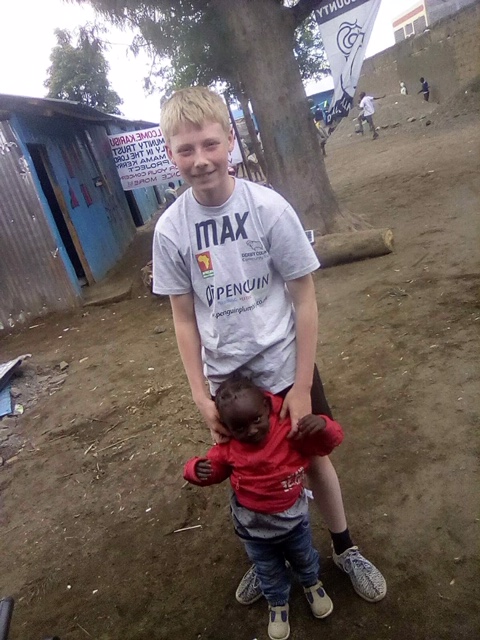 Derby County Community Trust has been taking part in the Rams in Kenya trip for the past seven years.  Since its first trip in 2012, the initiative has grown from 13 volunteers on the first visit to 73 on the latest. Over 300 volunteers have now taken part across the seven trips.

Max , was one of the volunteers at village called Mama Kerry, he says,

“My Dad has always promised me that I could join the Rams in Kenya trip when I reached year 7 and in 2017 I visited the slums in Nakuru for the first time.  We had to fundraise to get there and to buy material for the projects, so last April me, my brother and my Dad ran the Derby 3K and raised over £800 for our trip!  I have since been lucky enough to return again in 2018 and I can’t wait to go back again next year.  My younger brother Fynn will be coming this time too and I’m so excited to introduce him to my friends in Mama Kerry school and for him to help us build more classrooms and play football with the children. On this year’s trip we managed to install running water, build a new classroom which included guttering to a new water tank. We also build a brand new kitchen including work surfaces, a clay over, serving hatch and chimney. 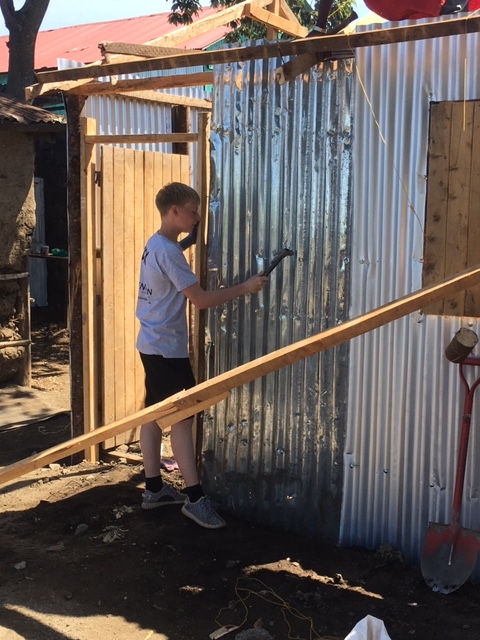 The Ram’s volunteers also worked year at other location in Kenya. At Jubilee, a new secure library was built with enlarged windows to ensure a more comfortable learning environment, whilst all existing classrooms and the kitchen were repainted. As well as this, foundations were dug for five new classrooms and books were supplied for all six of the year groups. Work began on an outer classroom at Ungana on the sixth Rams in Kenya trip last year and this was completed this time around, whilst the school gates were repaired and painted, as well as being supplied with two stronger locks. Guttering was also added to two classrooms, with the pipes feeding into a 500-litre tank.  Food was also provided to cater for 109 kids for over two months, whilst building began on two new classrooms. A block of seven toilets was also funded and work also began on a new water tank that will allow children to wash their hands properly after use.  Clothing, shoes and stationary were distributed to the children and a talk was delivered on female hygiene, with girls being provided with sanitary products. 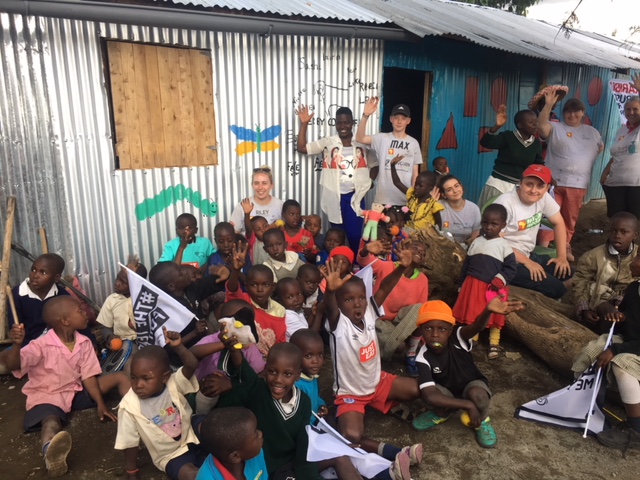 Tweets by @FL_Trust
Inspirational Bristol Youth Are Transforming Their Community