News
You are here: Home1 / News2 / News3 / Football Clubs go to Extra Time to help more people away from Loneline... 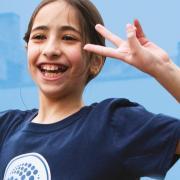 1’000s more older people set to helped away from loneliness thanks to their Football Club.

Eight more EFL Football Club charities have joined the EFL Trust’s Extra Time Hubs following the completion of a successful 3-year pilot. Funded by Sport England, the first 11 Extra Time hubs were launched in 2019 to help older people make the most of their retirement years.  Despite the pilot phase including an unprecedented global pandemic, the hubs have been a great success.

Around 3,000 people have benefited from the Hubs so far. People like Avril who attends Wigan Athletic Extra Time Hub, she comments, “I lost my husband in July 2019 after a very long struggle with dementia and up to that point I’d had to give up most of my activities as I was always looking after him and taking care of him up until he went into care. When he passed away, I thought I had to get back into some sort of activities because I had lost touch with everything. I came across the Extra Time Hub and popped in to have a look and thought it looked good and I was hooked from there. I’m very grateful as it dug me out of a very lonely hole.”

Adrian Bradley the EFL Trust’s Health and Wellbeing lead, explains, “We set out to do something different. The prevision of older people’s services tended to be small coffee morning groups or bingo sessions.  We knew that involved culture change. We had an ambitious concept in mind. We still do. We want to create a social community of people in their retirement years who meet regularly to socialise and to do the things they enjoy. The 3-year pilot phase demonstrated that our concept works, and we have a strong ambition to replicate across our network.”

The Extra Time hubs were funded by Sport England’s Active Aging programme, however as Adrian explains there was a deliberate move not decision to promote the hubs as a physical activity programme, “We never promote the exercise and physical activity. We work on the principle of health by stealth and instead promote the social elements of the hub. We wanted to help people to feel better by reducing their social isolation and loneliness and increasing their life satisfaction and happiness. We did not set out to create ‘loneliness clubs’ though, because who would want to join one of those. By building these long-term relationships we have ‘nudged’ people them towards more active lifestyles.”

The Hubs are making a difference. They have helped members to connect with other people, to make friendships and to become more socially and physically active through a time that was particularly difficult for our older communities.

As Avril explains the hubs provide a wide range of activities, “We’ve had ball room dancing, tennis and scrabble, there’s just so much going on and you never knew what you’d be doing each week which gave you something to look forward too. The staff are just so vibrant, full of fun and during the pandemic they have kept us laughing.”

Adrian continues, “We created a framework in which the Hubs would be shaped by members.  It was not for EFL Trust to determine what activities and support was needed in Plymouth or Sunderland.”

Right in the middle of the pilot, however, the pandemic hit and prevented face to face meeting – the very ethos of the hubs – from taking place. However, if anything this proved the value of the hubs, meeting virtual, with members often helping other members with the new technology. The new friendships that had been forged at the hubs helped sustain people through the difficult months of lock down.

The learning from the Extra Hubs helped the Trust secure funding from DCMS to help tackle loneliness during the pandemic. In the 6 months the programme over 33,000 people were supported and the contribution the programme made was recognised with a Leaders in Sport Award