News
You are here: Home1 / News2 / News3 / 4homepage4 / ‘Every Player Counts’ provides the chance for all to get involved... 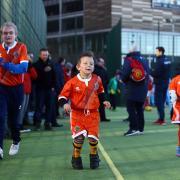 As part of the EFL Day of Disabilities, the EFL Trust and Wembley National Stadium Trust are celebrating the relaunch of ‘Every Player Counts’, a programme which enables disabled people to take part in football.

There are 10.9 million disabled people in England, accounting for 20 per cent of the total population. Seven out of ten disabled people want to be more active and psychological barriers play the biggest role in preventing people from taking part in sport.

The EFL Trust and Wembley National Stadium Trust have worked together successfully for the past 3 years, to get over 11,000 disabled people into football. 28 Football Club Community Organisations across the country offer the programme, specifically developed for the needs of people in their local community, including both physical and learning impairments. . 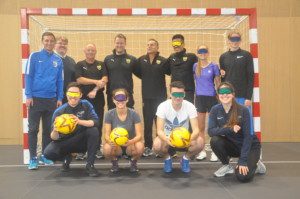 As we celebrate EFL Day of Disabilities, EFL Football Club Community Organisations are helping fans to get involved in football, many for the first time, by delivering a wide range of local programmes. The magnetism of Football Clubs and the engagement with fans and the wider community provides a great opportunity for us to reach fans who may not have had a chance to participate in football before.

At Portsmouth, a programme runs for junior amputees, at Colchester, a Downs Syndrome group meet to play and at QPR, people who are deaf or hearing impaired play at the club’s training ground.

Following the first three years, during which more people got involved in the programme than had been initially planned, further funding has been agreed between the parties.

The new funding has been allocated to a mix of new CCO’s alongside some of the original providers with the aim of evolving and expanding provision and sustainability of the programme.

The impact of being able to play football can be highly significant on individuals’ lives as we have seen throughout the past three years. A good example is Ben, who has taken part in the programme at Shrewsbury Football Club.

“Ben has a muscle wasting condition. His muscles were wasting away. We brought him here [Shrewsability sessions] and he’s had a new lease of life, he absolutely loves it. Shrewsbury Town has given Ben confidence, that’s all we wanted – to get him somewhere where he felt confident, so his muscles wouldn’t waste away. I really believe if Shrewsbury Town wasn’t here and he didn’t do the Shrewsability sessions, Ben wouldn’t be here. This has kept him going. It really is a life changing thing.”

“We are very proud of the first three successful years of Every Player Counts programme. As we move into the next two years, we are pleased to add funding from our own organisation’s charity reserves to expand the reach and opportunities within this programme. We look forward to hearing the many moving stories that we have become used to as the programme literally changes and improves the lives of its many participants.”

“Every Player Counts has been our flagship programme for the past three years.  The range and quality of opportunities created for disabled people to play football has been so impressive, with participants coming back week after week.  We know the positive impact that football can have to improve people’s quality of life, and through this programme we have seen countless examples.  That is why we are delighted to continue our support for a further two years, with with an additional £0.5m to add to the £1m previously committed.”

Tweets by @FL_Trust
How Beth helped create a space where Bolton’s young people can be the...