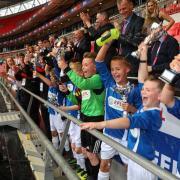 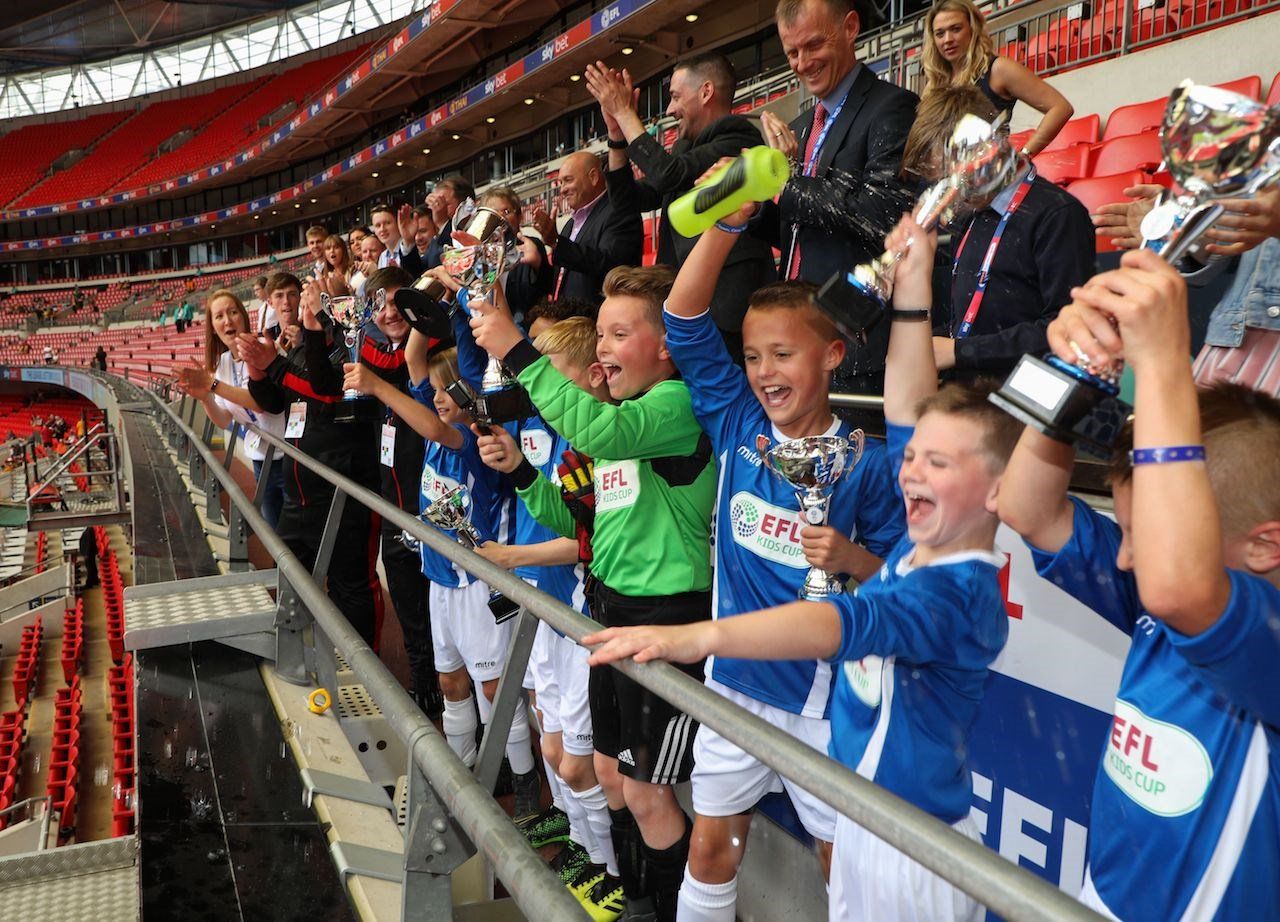 Two first-half goals from the Latics, one from Stephen Maylett and the other from Finlay Boardman, saw them beat Broadclyst Community Primary, who were representing Exeter City, under the iconic arch.

Speaking after the game, teacher and coach Lee Lawton was naturally extremely proud, saying: “I’m so proud of the lads, they’re a credit to themselves and their school. There’s some unbelievable talent in the team, as we saw out there.

“There’s no better place to do it than Wembley, and this will live with them forever. It’s a fantastic competition with a prize of playing on the Wembley pitch, and that’s something that’s hard to put into words.

“It’s been fantastic and Wembley has certainly treated us well. We can’t thank the EFL enough.”

Goalkeeper Zack Tobin added: “It felt amazing, the best feeling ever. Without the EFL we wouldn’t be here, it’s great to play at Wembley and we want to do it again next year! It was a team effort and it’s a dream come true to win.” 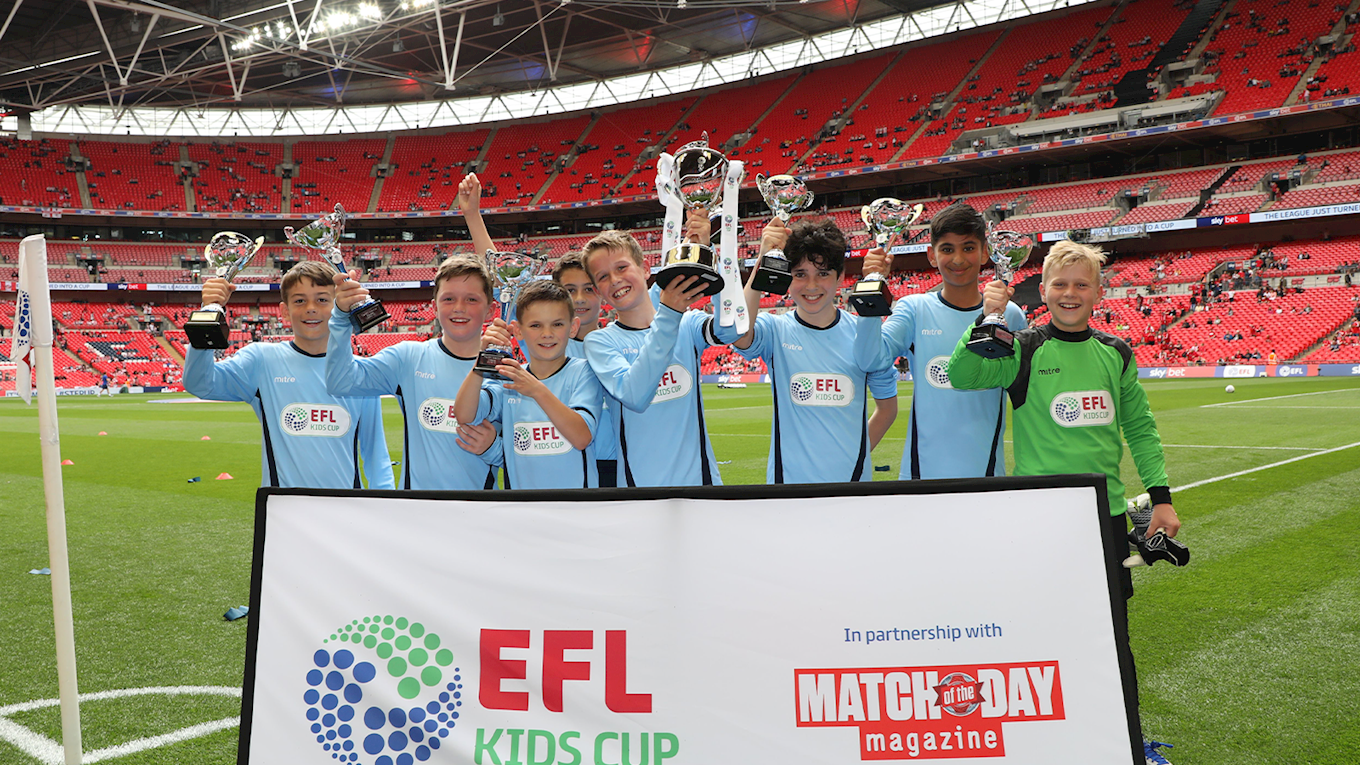 Both sides battled hard throughout the first period of the game, but neither side could make the breakthrough, the Chairboys came the closest to opening the scoring through Calum Daley, but a fantastic save from Walsall’s William Tomlinson kept the game level.

Into the second-half and with the game looking like it was heading to the lottery of a penalty shootout, up stepped Wycombe captain Alex Thomas to fire his side into the lead, a direct free-kick from 20-yards finding the top corner of the Wallsall goal.

Captain and match-winner Alex Thomas said: “It was such a surreal moment for me, scoring the winning goal at Wembley really doesn’t get much better than that, I am speechless and it made it better for me that I did it with all my friends.

“It is such a crazy experience, I have been to watch some England games here with my dad and never expected to play here, we have been a really successful team over the years, but this will be the last time we play together and we are so happy to have won the game.” 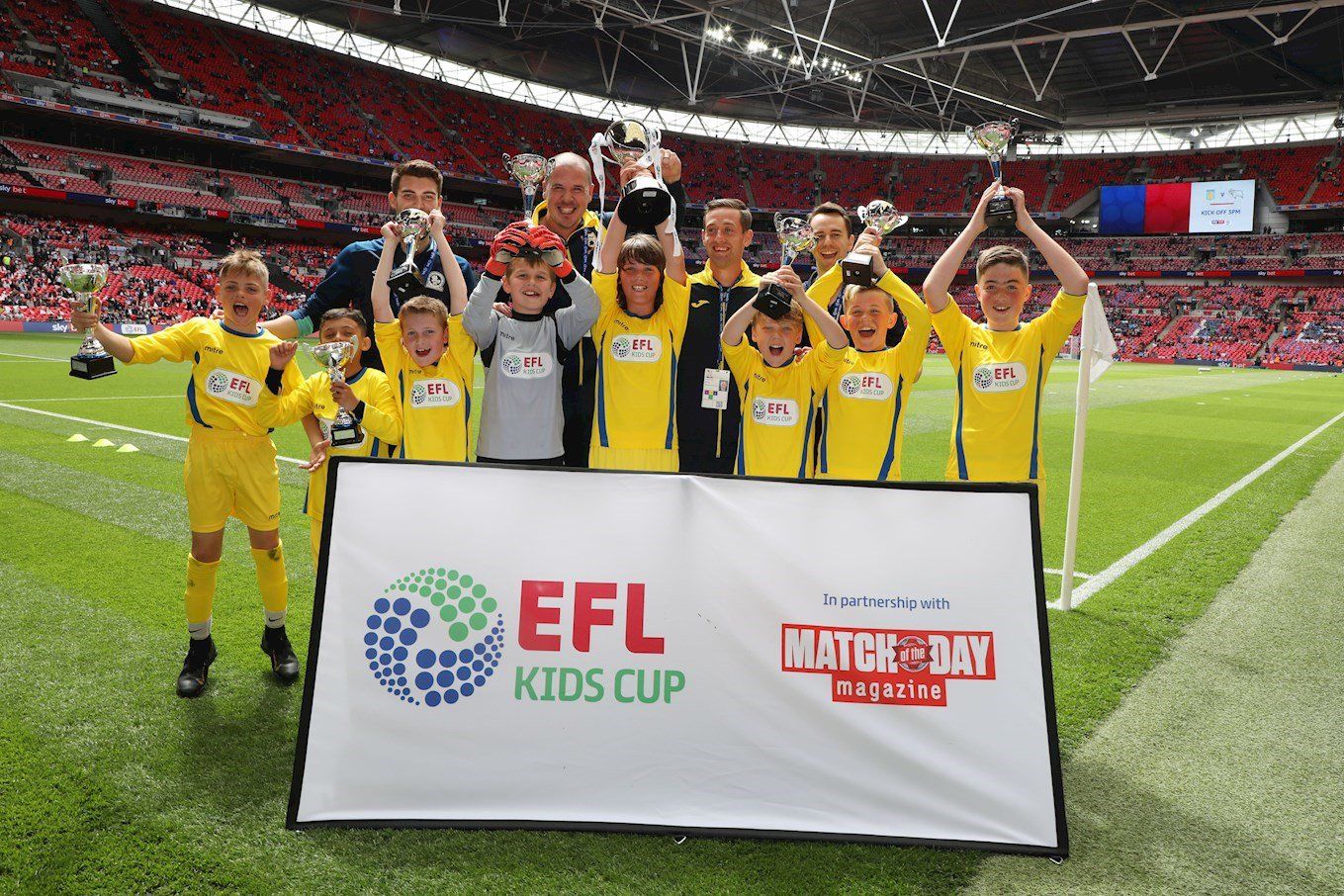 Both sides battled hard for the win in the Championship Kids Cup Final, and the game was just seconds away from penalties before Rovers captain Daniel Armer scored a last-gasp winner.

Speaking after the game, teacher and coach Simon Keogh said: “It was one of the most stressful 15 minutes of my life, but how incredible. I don’t think it’ll really hit them that they’ve done this at Wembley until we’re on our way home.
“I’ve never seen a goalkeeping performance like that from the Brentford goalkeeper at such a young age. The Kids Cup is just incredible for opportunities like this. Today has been one of the best day’s of my life, let alone the kids. They’ve had an amazing day.”

Captain and match-winner Daniel Armer added: “I remember getting past a couple of players and I just didn’t know what to think, when we scored we all just went mad. It was unreal to play on the pitch at Wembley when you think of some of the players that have played here. It’s a once in a lifetime opportunity for us to do this.”