News
You are here: Home1 / News2 / News3 / 4homepage4 / EFL Clubs recognised at Parliament for outstanding work in the communi... 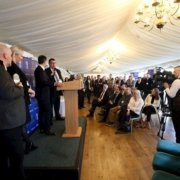 Ignition Sports Media Community Club of the Year and YouGov Sport Community Project of the Year winners were recognised at Parliament earlier today. 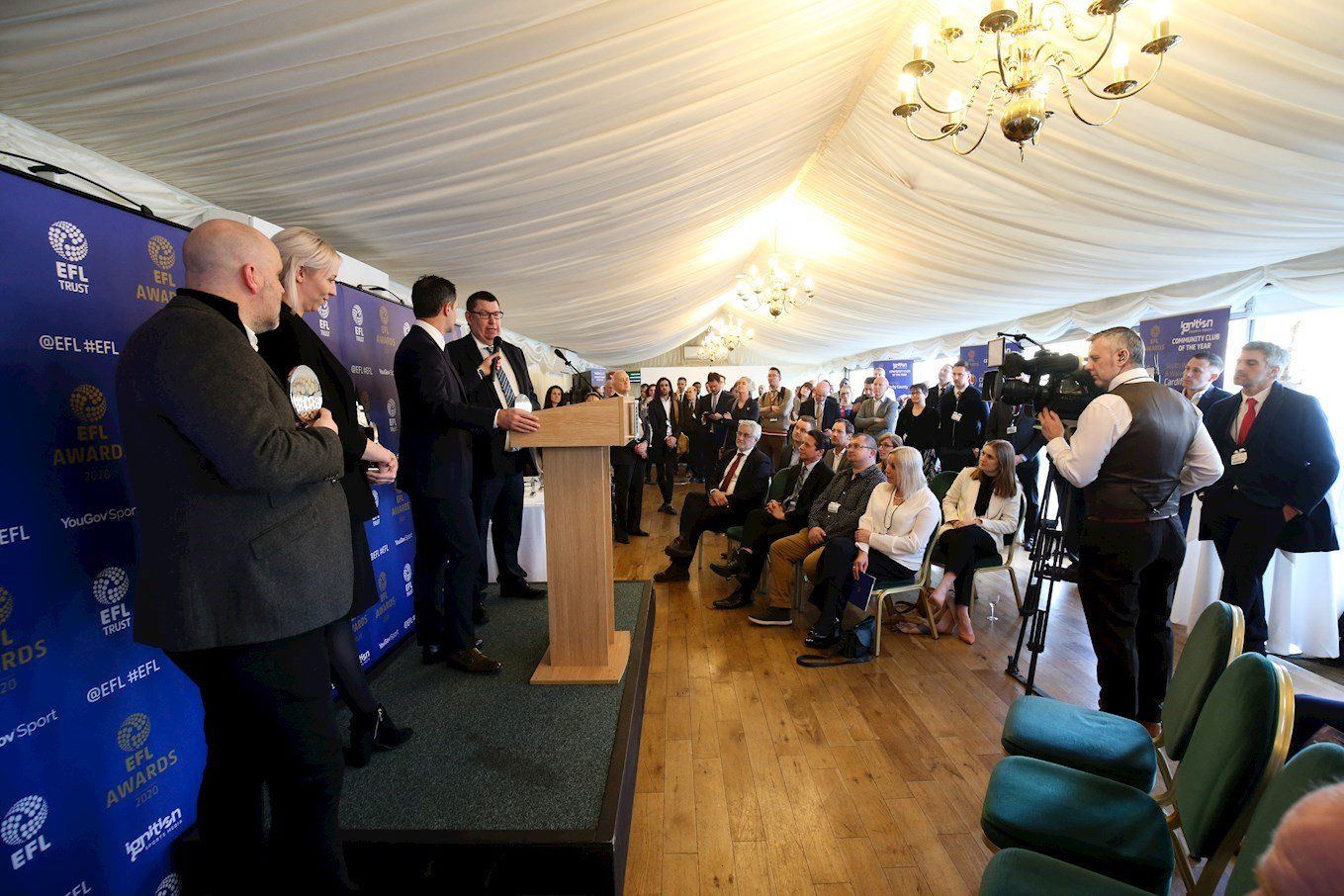 A number of EFL Clubs were recognised and celebrated at Parliament for their outstanding work in the community on Tuesday 2nd March.

As regional winners of the Ignition Sports Media Community Club of the Year, six EFL Clubs were selected for their innovative and ground-breaking work being delivered in their local communities.

New for 2020 is the YouGov Sport Community Project of the Year, where one club per division has been recognised for its outstanding work in delivering a specific project that has had a positive impact on areas such as health and wellbeing, education, and diversity and inclusion.

Hosted by Sky Sports’ Scott Minto, winning Clubs were honoured at a special event at the House of Commons earlier today, receiving their awards from the Sky Sports presenter and EFL Chair, Rick Parry.

Special guests and club representatives gathered on the River Thames as winners were celebrated and given the opportunity to showcase some of the outstanding work they deliver in their communities.

These worthy winners give an indication to the variety of outstanding work being delivered by Club Community Organisation’s in EFL communities across England and Wales.

Speaking at the House of Commons, EFL Chair Rick Parry said: “I was really impressed with what I saw today, and inspired too. We heard some wonderful stories, real life stories of the impact of some of our Clubs work and an event like this really does bring it home to you how much it matters.

“It’s one thing reading the stats, but when you’re actually seeing the individuals involved, seeing the passion and seeing their commitment to making a difference, that really means a lot.
“We’re so fortunate in the EFL to have such a variety of football clubs. Our Clubs touch every single community across the country, 37 million people live within ten miles of an EFL club – that’s pretty extraordinary. We have a real breadth of reach and a high passion for the biggest football club down to the smallest, I don’t believe there’s another network like it.
“I don’t think there’s a limit to the power of football – and the power of sport generally, but football is really playing its part. It encourages people to talk, it encourages people to communicate and it can bring people together which is sometimes all you need to get things started. Whether it’s mental health related, physical health, education or fighting crime, football is playing its part. It’s fantastic to see.”

The 2020 winners are listed below, alongside details of their work in the community.
Ignition Sports Media Community Club of the Year winners

The overall winners of both the Community Club of the Year and Community Project of the Year will be announced at the EFL Awards ceremony on Sunday 19 April in central London.
https://www.efltrust.com/wp-content/uploads/2020/03/Large.jpg 906 1359 EFL Trust https://www.efltrust.com/wp-content/uploads/2016/06/efltrustlogo.png EFL Trust2020-03-02 21:50:582020-03-05 10:25:00EFL Clubs recognised at Parliament for outstanding work in the community

Tweets by @FL_Trust
Richard’s story: “Not only has he enhanced his football skills,...