News
You are here: Home1 / News2 / News3 / 4homepage4 / Determined Hull Teens do their bit for the Environment 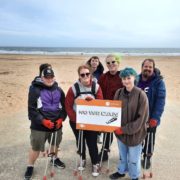 A group of young people from Hull City FC’s Tigers Trust, completed a beach clean-up at Bridlington Beach last week, as they embarked upon their mission to improving their local environment.

The inspiring group are part of the Tiger’s Trust NCS Changemakers programme. NCS is the ultimate experience for young people aged 16-17, in which they are given the opportunity to make new friends, develop new skills and create new memories. NCS Changemakers, compromise of 25 NCS graduates, who meet up regularly to make a real, positive impact in the community.

The group banded together for their #NCSActionDay project, with the intention of leaving an environmental impact, by reducing the amount of rubbish and waste from the beaches on the East Coast of England. The young group also used their tech-savvy skills, as they used social media to promote the reduction of litter, emphasising the point to others of taking care of the environment.

The team were motivated from the onset, in sending a message and leaving a positive environmental impact, as they felt that there was a large amount of litter within their community and decided to take action. The action was decided after performing a brainstorming and mind-mapping exercise, giving the group some ideas on what they wanted to do, leading towards the beach clean-up. 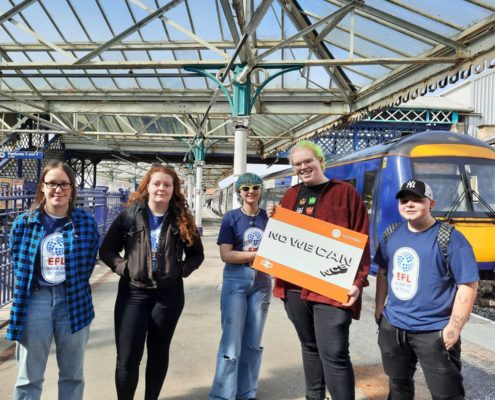 Brooke and Jazz, were some of the inspiring NCS Changemakers involved within the project, and both had this to say:

Brooke, – “The beach clean-up felt very rewarding to me because going round the beach and cleaning up the litter and garbage for the people and the animals made us feel better because we were helping with the environment. This made me feel better knowing there was a much smaller amount of rubbish on the beach now, than when we started.”

Jazz, – “By having an input and making the environment a safer and cleaner place for the locals and tourists, the smallest of inputs can make someone’s day. I’m proud to say I was a part of this project.”

The group were also joined by Dominik Stingas Paczko, Head of NCS at EFL Trust, who also joined in their efforts of leaving an environmental impact during their clean-up of Bridlington Beach. 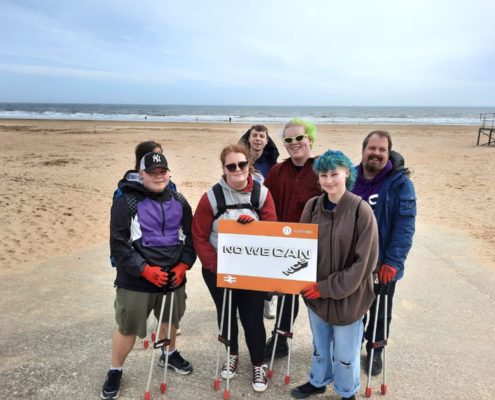 NCS Officer of Tigers Trust, Elliott Greenfield, said he was proud of the difference the Changemakers group were able to make at Bridlington and hopes that it can provide inspiration for other young people to make a difference.

“It was fantastic to get out in Bridlington to collect some litter and the group managed to collect many bags of litter to help reduce the environmental impact along the East Yorkshire coastline. I am incredibly proud of our young people for coming together and delivering this ace project.

“Thanks to Northern rail for providing the services for us to access Bridlington from Hull, it was a memorable day using your trains and definitely made the journey quicker, easier and more comfortable.”

“Another thank you to Dom, the Head of NCS, for coming along to our social action project and getting involved!” 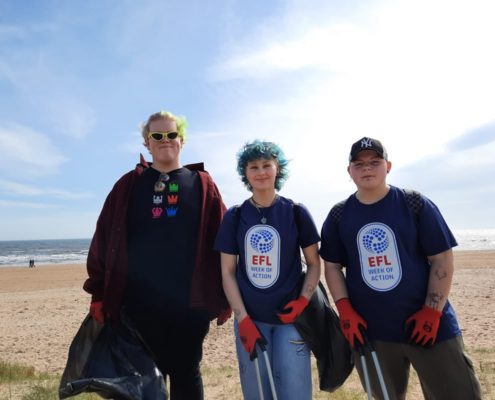 To find out more about NCS, please click here.