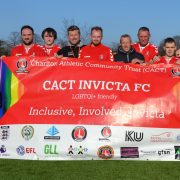 CACT Invicta FC are the first LGBTQI+ friendly team to be affiliated to a professional football club, as a part of February’s Football v Homophobia Month of Action.

The trio put the team through their paces with a punishing session at the Club’s Sparrows Lane training ground in New Eltham during a chilly lunchtime.

CACT Invicta FC is open to all players, regardless of their background. In their inaugural season in Charlton’s colours, Invicta are sitting top of the London Unity League, 6 points clear, with 4 games to play. CACT Invicta Player/Manager Gary Ginnaw reflected on the nature of the ground breaking work his team were undertaking saying: “All we want to do is come down, play football, work hard and be successful.

“Hopefully we will have something to look back on in years to come that we achieved together and made a difference.”

Football v Homophobia is a grassroots campaign that exists to challenge discrimination based on sexual orientation, gender identity and expression at all levels in football.

Charlton Athletic dedicated their home game against Oxford at the beginning of February to tackling homophobia, the second annual themed match-day of this kind at The Valley. Speaking at the event, CACT Chief Executive Officer Jason Morgan MBE spoke about how Charlton Athletic has always led the way in fighting discrimination: ”There are certainly echoes of the work we undertook to combat racism in football back in the 1990’s. Those projects were picked up and taken to a national level.

”Similarly, it’s now great to see other clubs across the country now affiliating LGBTQI+ friendly teams and taking positive steps to promote inclusion and supporting this within club and community projects.” To find out more about Football v Homophobia visit: www.footballvhomophobia.com/ 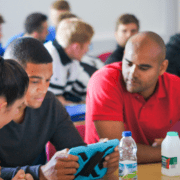 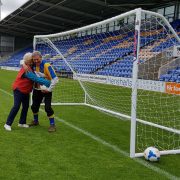 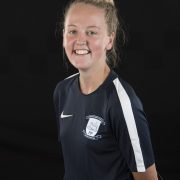 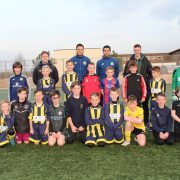 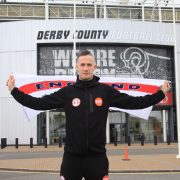 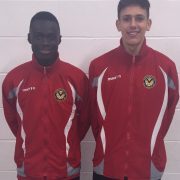 FUTSAL AND EDUCATION: ‘From not knowing what to do in life, to representing my country in front of thousands’