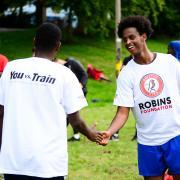 As part of the You Vs Train campaign, Bristol City Robins Foundation brought young people from some of the most deprived areas of the city together to learn about the hidden dangers posed by the railway.

Each year hundreds of young people take on the railway and lose. Research conducted by the British Transport police found that young audiences all too frequently do not consider the railway dangerous and recent years have seen a steep increase in the number of serious injuries amongst young people caused by trespassing on the railway.

The dangers posed by the railway are not always clear, and if you are not hit by an unexpected train you could be hit by the lethal current in the rails and power lines.

The youngsters travelled by rail from various locations around the city into Bristol’s main Temple Meads train station where they met the British Transport Police, Network Rail’s local Community Safety Manager and Bristol City first team player Sammie Szmodics to take part in a rail safety workshop session. They heard about the dangers posed by the railway and the enormous emotional and physical consequences these dangers can have. 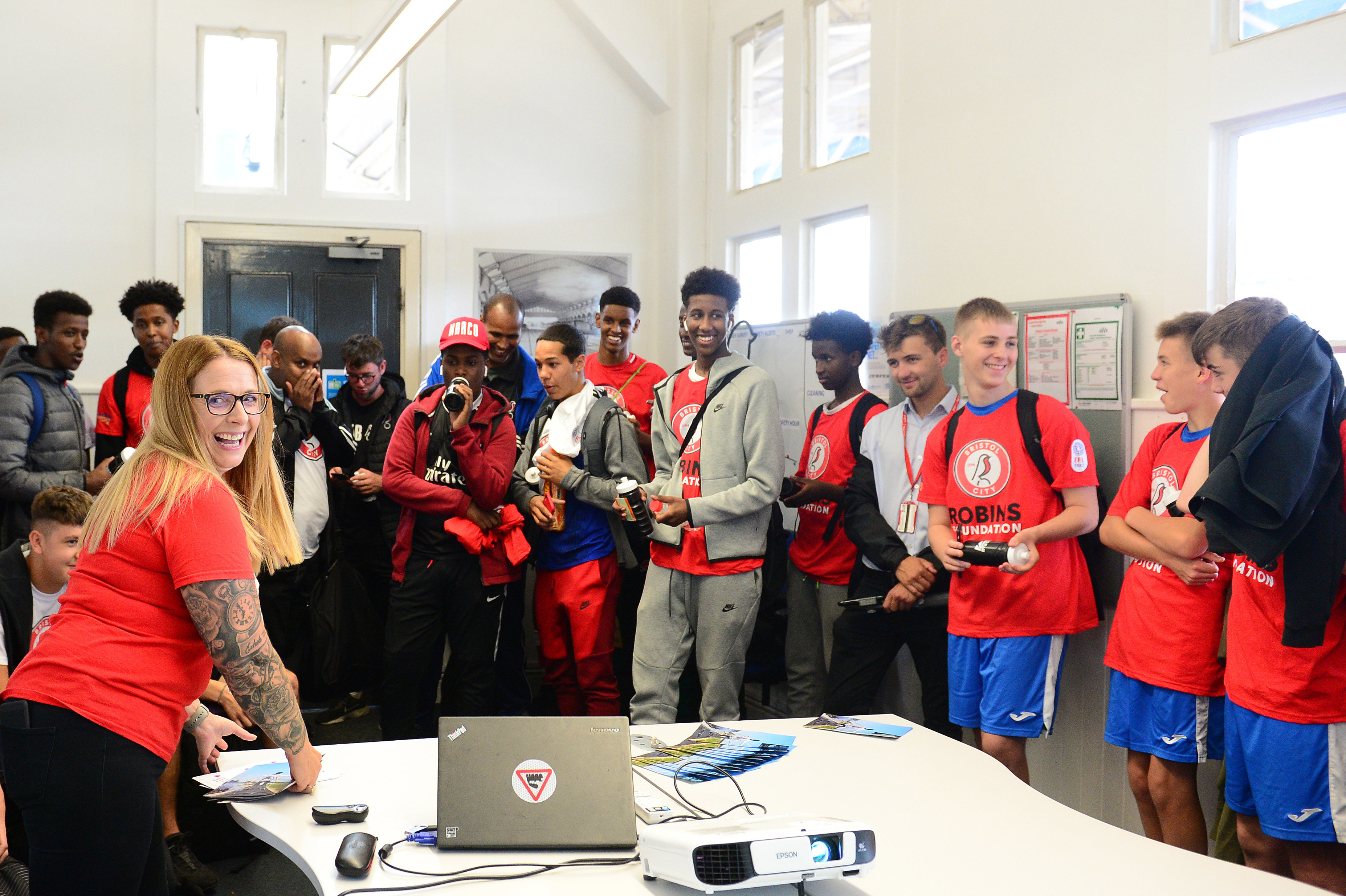 Speaking about the rail safety workshop session, Sammie said: “We saw videos of some real life footage of kids thinking it’s funny to cross the tracks and graffiti in tunnels when trains are about.

“The bottom line is it’s a very dangerous place and young people need to know that.”

After the workshop, the young people travelled again by rail to Bedminster where they took part in a small football tournament played on a pitch next to the railway, serving as a reminder of the ever-present danger posed by the railway.

“To use football as a tool to share this message about rail safety and the You Vs Train campaign is really important.

“If it makes a difference to one person who thinks again about crossing the line, then that’s a real positive outcome for us.”

Director of Operations at The EFL Trust, Mike Evans, said: “Bringing about positive change in the community is at the very core of The EFL Trust’s values.

“Football can be an enormous force for good and have a profoundly positive impact on communities – so we are delighted to be helping to tackle this issue in areas where young people are particularly vulnerable.”

Research shows that there are spikes in the number of trespass incidents at key times throughout the year – one of which is across the summer holidays – and that trespassing is a persistent issue amongst boys aged 11 – 18 years old. The You Vs Train initiative aims to tackle this problem by raising awareness of the dangers of trespassing and changing attitudes towards it, which will in turn reduce the likelihood of future trespassing.

For more information about You Vs Train please click here.

Tweets by @FL_Trust
Louie: “NCS made me who I am today”