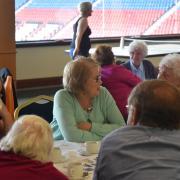 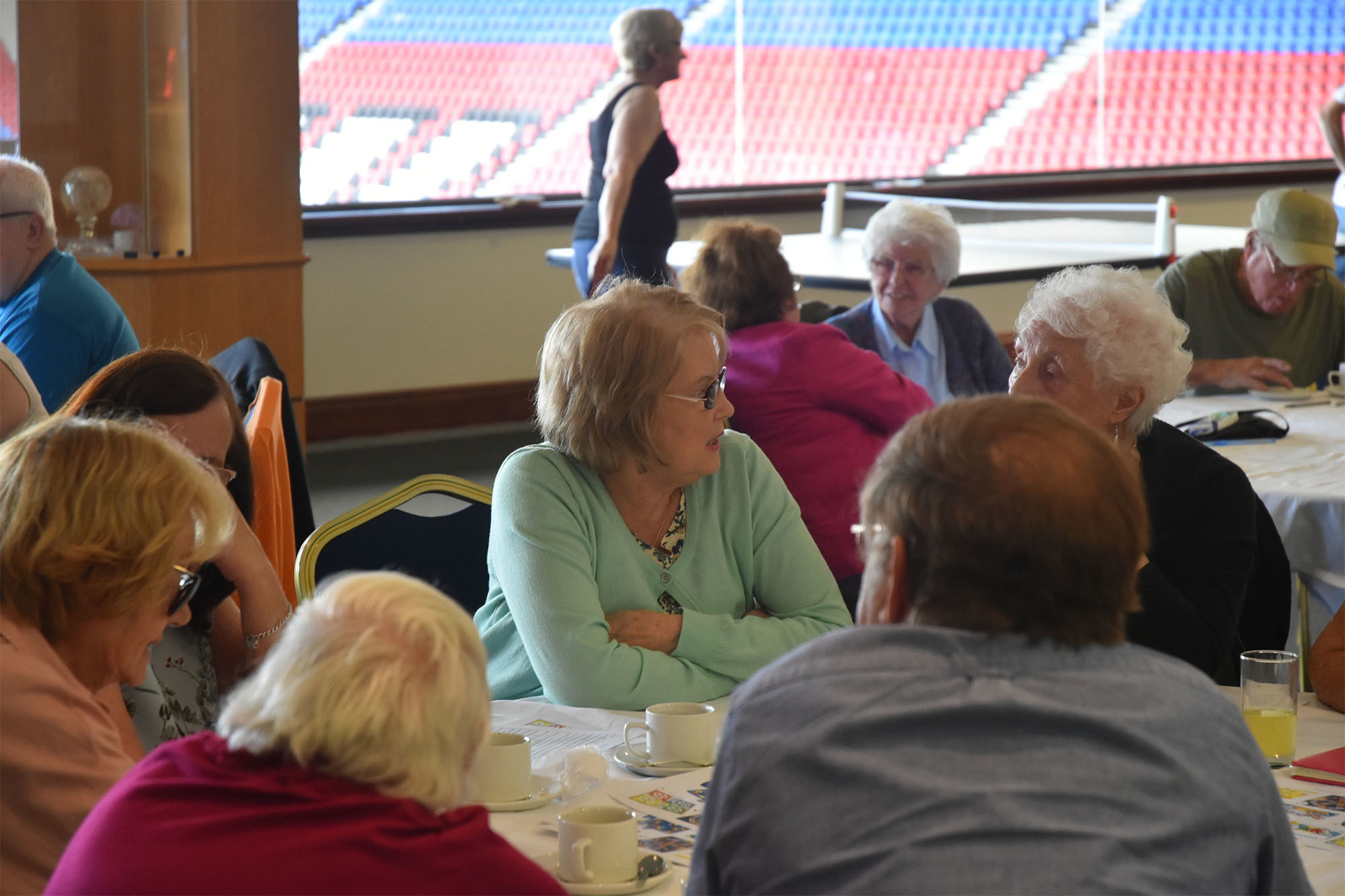 For lifelong Latics fan Bernie Green, the opportunity to engage in a range of activities at the stadium she has been attending for 40 years was one she couldn’t turn down.

EFL Trust’s Extra Time Hubs are run at 12 EFL Clubs around the country and are funderd by the National Lottery and Sport England. The Hubs are designed to bring retired and semi-retired people together by harnessing the power of their local Football Clubs and ultimately aimed at combating loneliness and inactivity.

And for Latics season ticket holder Bernie, the opportunity to be part of the programme has been beneficial to her and one she is really enjoying.

She explained: “I started coming after I saw an advert in the local paper and it was something I was very interested in.

“I recently lost my husband six months ago and it leaves a big hole in your life, and you’re looking for something to fill it. I wanted something different to what I normally do.

“I felt like this was home in a way, because I’ve been coming to this stadium for so many years and had such fabulous times here.

“I’ve been following the Latics for over 40 years and seen so many ups and downs. I was at the FA Cup final, which was unbelievable, but it’s like having a little piece of Wigan Athletic coming here.

Studies show that 42% of those over the age of 55 are inactive. EFL Trust’s own research revealed many people would like the opportunity to meet peers to feel less isolated, live well and do the things they enjoy.

The Hubs harness the unique assets of the EFL Club Community Organisations (CCOs) network to bring older people together and provide a range of activities that could benefit their physical and mental health.

Bernie has been a regular participant of Extra Time Hubs and believes it hasn’t only benefitted her but also those in a similar position across the Wigan borough.

“It’s important for togetherness for a start. We are all in the same boat and we are all looking for something to challenge us.

“Just because you’re getting older doesn’t mean that you can’t learn something new or do something different. That’s the whole point of it, to make you think in another way, not just your brain but also your body as well.

“I love chatting to everybody, and doing the quizzes, they are quite the brain teasers! I really enjoy the table tennis too, which is funny because I haven’t played it since I was little. I really enjoy that and of course it keeps me active too.

“I’ve made other friends coming here, and I feel like I’ve known them forever.”