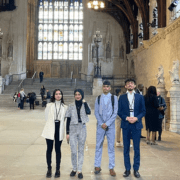 A group of NCS Changemakers with Bradford City Community Foundation launched a project which aimed at spreading awareness of the need to report unwanted sexual behaviour on British Railways.

The project was a part of a competition pitched by Northern Trains Ltd (NTL), that tasked young people to develop a video campaign that would create awareness of unwanted sexual behaviour on trains and how to report this to the transport police.

From multiple entrants, Bradford’s NCS Changemakers came out on top as they created an impactful campaign, featuring an innovative, yet informative video on the need to report unwanted sexual behaviour on public transport and the ways you can report it to the British Transport Police.

The video and the topic it addresses has been transformational in the rail industry, clearly demonstrating the outstanding contribution young people can make to a range of issues with the right support guidance and support, thus making a positive contribution to communities across the North.

Within the industry and Train Operating Companies, this work by young people has gained universal acclaim across the Rail Industry and was shortlisted at the Women in Rail Awards 2022. Bradford City Community Foundation was the only non-railway organisation who were invited to attend these awards. 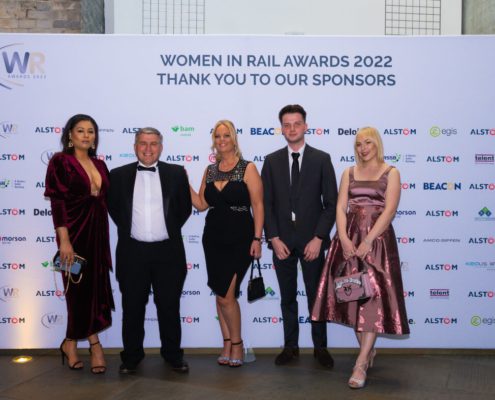 The project gained recognition from MPs such as Lisa Nandy, the Shadow Secretary of State for Levelling Up and Caroline Nokes MP – Chair of the Women and Equalities Committee . The UK Parliament Education and Engagement Team invited NTL Richard Isaac Community Manager, Lorna McEwan Chief Inspector Manchester District BTP and 20 young people involved in the project from across the North to present to MPs in the Palace of Westminster.

This gave young people the opportunity to share with MPs such as Holly Lynch MP – Shadow Minister (Home Office) and Hilary Benn MP on why this challenging topic was so important. Additionally, highlighting the importance of understanding the issues affecting young people, allowing them to be part of the debate leading to the development of positive actions and solutions.

We talked to Shamza, who was one of the NCS Changemakers to present the campaign at Parliament:

“The NCS/Northern Rail partnership made it possible to make an anti-sexual harassment video to educate people about trains and to be aware of the potential harm that could occur to them. The video we created has made me aware of different ways people can harass you on trains without noticing, such as up-skirting.  It has been a real eye-opener this project for me personally and we hope this video will give people the confidence to take the train and know what to do if any unwanted sexual behaviour happens.”

“Seeing this project come to life was amazing, the Bradford NCS Change makers have put so much hard work in making the final video by working as a team, being part of the project has been such a huge opportunity. The project is tackling and educating people about an issue which females all around the country are experiencing. Sexual harassment is a massive topic, and it makes me proud to be bringing out the message to make everyone feel safe and heard on and off trains.” 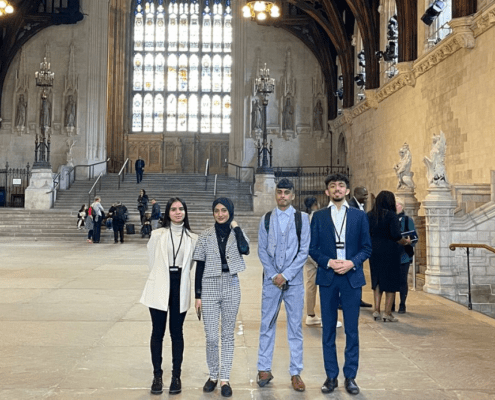 Richard Isaac, Regional Community and Sustainability Manager at Northern Rail is thankful to the young people for their work to tackle this challenging issue on trains. He commented;

“Young people across the North took up the challenge to raise awareness that unwanted sexual behaviour (USB) of any kind is unacceptable and must be reported to the British Transport Police. USB is challenging topic to discuss and something many people would rather not talk about. Supported by NCS youth workers, young people took on the challenge of creating something that would tackle this challenging issue head.

What NCS Changemakers have delivered is a tool to raise awareness of USB and the need for reporting created by young people aimed at young people. Our aim at Northern is to use this resource to engage with young people across the North to raise that awareness.” 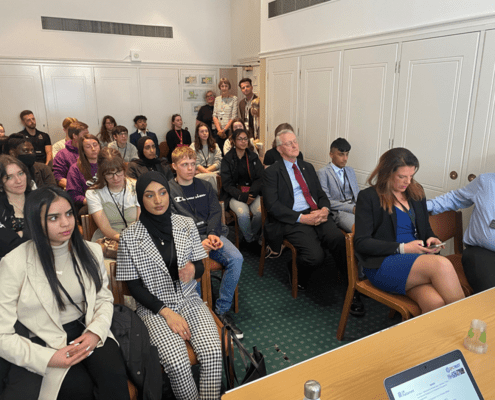 Dominik Stingas Paczko, Head of NCS at EFL Trust, who attended the event at Parliament said the following:

“It was fantastic to see the amazing work of our NCS participants being recognised and celebrated in Westminster. Their social action project very much highlighted and helped to tackle a very real issue that affects the national railways, and we hope their videos go a long way to help encourage young people back on to public transport as part of the nation’s recovery from Covid. There is growing evidence that giving young people to confidence and ability to use public transport can have a significant positive impact on their futures and we thank Northern for their continued support for our EFL Trust led NCS programmes.” 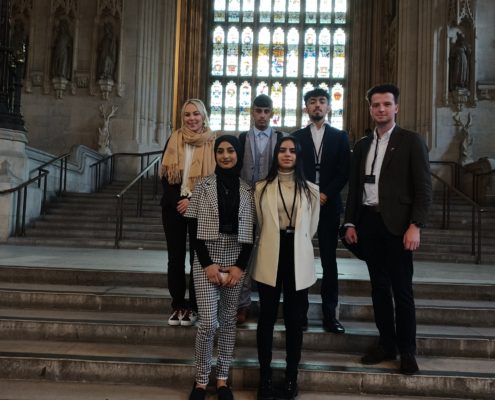