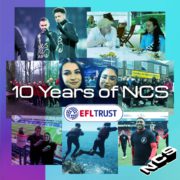 This week marks ten years since the EFL Trust partnered with NCS (National Citizen Service) to deliver life-changing experiences for young people, aged 16-17, across the country.

Young people have worked tirelessly to tackle loneliness and discrimination, rejuvenate public spaces and raise awareness of mental health and environmental issues. They have taken on challenges, transformed green spaces and walked thousands of miles to raise over £1.5 million for causes they are passionate about.

The EFL Trust and its network are proud to have had over 2,000 young people on their local youth boards continuing their journey on NCS and getting their voices heard in local communities. 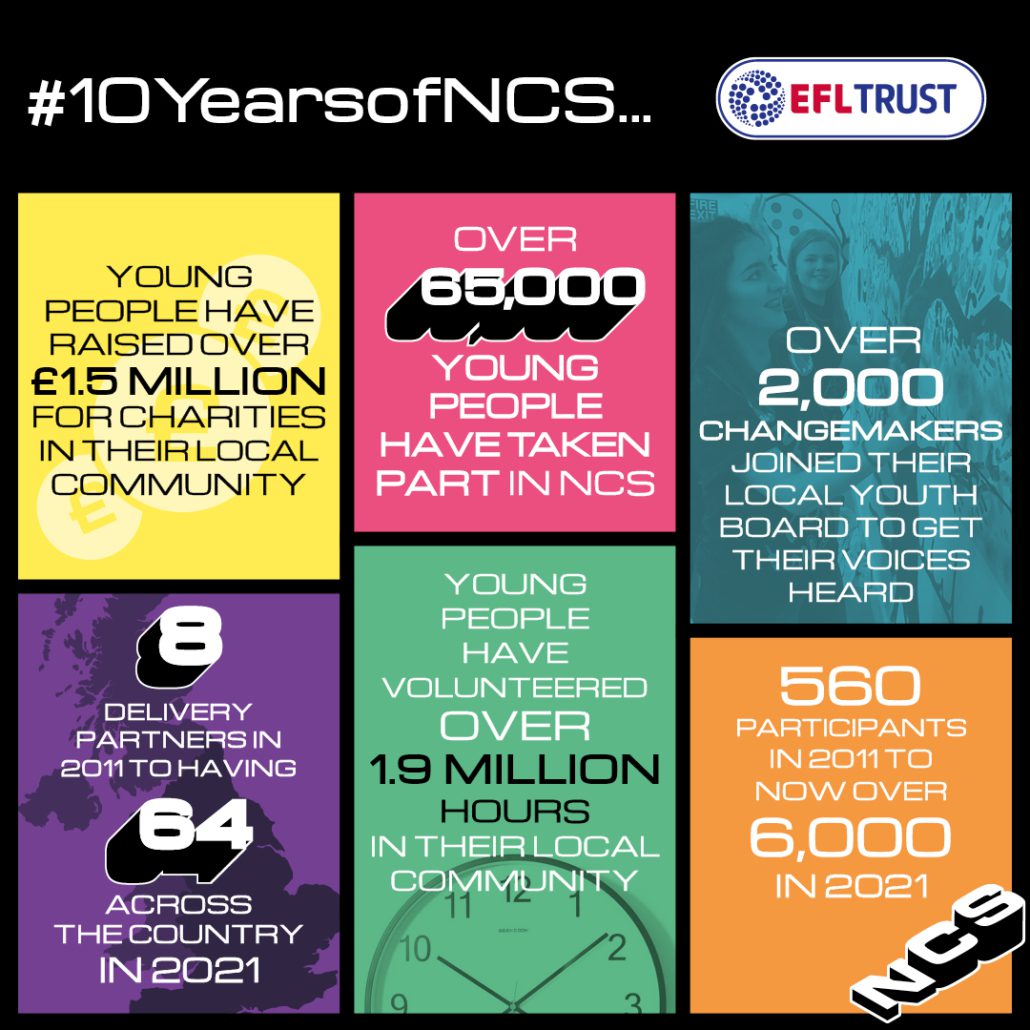 “The EFL Trust , EFL Clubs and our entire network has so much to be proud of over the last 10 years delivering NCS. We have given young people a platform to reach their potential, to get their voices heard and to make an impact in their community.

We have an incredible network that has supported thousands of young people who have overcome their fears, increased their confidence and have even volunteered for the first time.

We look forward to the next 10 years of supporting young people, their communities and the future of this country through NCS.”

Teams of young people on NCS have been recognised nationally for their social action projects such as a group from Exeter City that developed an innovative way to drive foodbank donations from their local Sainsbury’s store. This resulted in a 300% increase in donations and their idea got rolled out across other stores nationally.

A group from Rotherham named the ‘Welly Wangers’ created a song to raise awareness and money for local charity [email protected] that supports homeless people in Rotherham. Their song ‘Teary Skies’ made it to the top 20 in the ITunes chart. Their efforts were awarded with NCS Trust’s Social Action Star Awards presented to them by popstar Jess Glynne.

Over the past 10 years, our Delivery Partners have been able to give life-changing experiences to young people such Harry Day, whose time on NCS during the pandemic was a huge boost to his confidence. New friendships have been made between Casey and Waj, who despite being from different cultural backgrounds developed a special friendship whilst on the programme.

Mark Gifford, CEO at NCS Trust, comments on the impact EFL Trust and the network has had on NCS:

“We are delighted to be celebrating our 10th year of working with the EFL Trust. Over the last decade, the EFL Trust network has had a significant impact on the lives of many young people across the country, reaching over 65,000 teens and getting them involved in social action projects and volunteering. The EFL Trust continues to play an integral role in helping to empower young people.”

Throughout this week and the summer, we will be sharing special stories that reflect on the past 10 years and the impact out network has had on young people and their local communities. Keep up to date by following #10YearsofNCS.

Tweets by @FL_Trust
Nicol Meredith: This job found me and I was made for it